Gulp & Get Over It 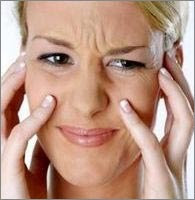 In her article, "Why Pro-Choicers Should Be OK With Sex-Selection Abortions," she points out that pro-choicers feeling squeamish about a particular reason for having an abortion makes no sense. She's right.

Although I've found many pro-choicers only like to bring up the most dire situations as justification for allowing abortion (life-threatening, rape), I'm hard pressed to find a pro-choicer who would ban it in less dire situations. To be pro-choice means that the mother can choose to dispose of her offspring in the womb for any reason Allison listed: financial difficulties, not psychologically ready for kids, too career-involved, etc. The fetus must be completely lacking in value for one to comfortably allow abortion for literally any reason.

Then why would it matter if a woman wants to get an abortion because the fetus is female? As Allison says,


Strategically, it makes no sense to give in to this idea that there’s somehow something a little queasier about having an abortion for gender than, say, for money. These are equally legitimate reasons (or, if you are on the other side, equally illegitimate).

If there is no value to a fetus, then isn't sex-seletive abortion the moral equivalent of a man getting a vasectomy because he might have female babies in the future? From the pro-choice perspective, abortion is purely preventative. So who cares what the motivation is? It's that woman's choice, her reason is her own, and the outcome (no baby going through the magic-birth-canal-of-rights!) is identical to a woman who has an abortion because her life is at risk. No "real" person to deal with. Preventative.

Once pro-choicers get uncomfortable with a reason for an abortion, they are revealing the fact that they place some value on the fetus.

"One [reason] might make you uncomfortable in your gut, but it can’t make the movement hesitate...Gulp for a second if you must, then get over it." Ignore that hesitation, is what she is saying. Push that feeling of value to the back of your mind. Avoid confronting it, is what Allison advises.

But emotions occur for a reason. Why is Allison discouraging her comrades from privately investigating the reason behind their discomfort? If it's an emotion brought on only by pro-lifers, then what threat is that to the validity of the pro-choice perspective? However, if it's an emotion brought on by innate value in that which you are allowing to be destroyed...well doesn't that deserve investigation? If the woman's needs are truly more important, won't truth prevail?

How sturdy is your position if you have to tell fellow believers to "Gulp" and just "Get over it"? Yikes.
Posted by secularprolife.org at 11:44 AM

How many folks actually have an abortion over gender selection?

Is that more or less than the number of cases of voter fraud in the US?

Just another strawman to bolster the smoke screen than makes social conservatives vote for the party that wants to give tax breaks to the top income earners, slash public education funding, and abolish the rights of workers to organize and collectively bargain.

With the increasing acceptance of cultures not blending in with American ideology, there is indeed sex selection abortion here. England has had the same non-culture blending for much longer than America and they are now seeing a rise in this type of abortion: http://www.telegraph.co.uk/health/healthnews/9104994/Sex-selection-abortions-are-widespread.html

The difference is going to be that the western culture doesn't see girls as a bad thing, so the sex selection will not be only girls like it is in India and China. Let's say a couple already has a boy and they want a girl. Next pregnancy is a boy. Abort the boy and continue trying for the girl. This is more widespread than most people think.

This blog post was not written to draw attention to sex selective abortions, or insist they aren't a problem. It's simply asking the question, "why should someome claiming to be prochoice care?" See above.

Why should the bulk of pro lifers also be pro death penalty? Even I see the justification for killing evil doers, but I am anti death penalty for the innocent, and the pro lifers don't care about the innocent people out of the womb.
They care about the innocent in the womb. I think its up to a woman to choose if she does/does not have a baby. But I still think choosing the sex of your child is a petty reason to end the life of your child. I won't stop a woman from choosing whatever her reason, I will tell her I don't think much of her choice or her, if her choice is for sex selection.
I think this posters question is a failure to comprehend what the arguments are. Being pro choice, and anti sex selection, does not make you anti choice even when sex selection is the reason.