Language is one of the most important aspects of being human. It's what sets us apart from animals. Language is how we communicate our desires and our needs. Language helps us understand and make sense of the world around us, and it lets us make distinctions so we can know how one thing differs from another. 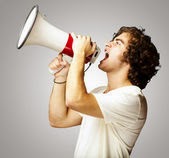 It's also true that words can affect our perception. In a controversial discussion like abortion, society can be affected by the words you use in your discussions. That's one of the reasons abortion advocates were able to effectively win the culture over to their side in the mid-20th century. They were very deliberate about the words that they used. It's not a child, it's a "choice." They knew that if they could keep the focus off of what the unborn entity is and keep it entirely focused on women, on women's "rights", on women who "need" abortion in order to be equal with men and to live a full life, they could make abortion not just legal, but acceptable to the larger public.

This sometimes results in abortion advocates denying science itself. It sometimes results in highly counterintuitive notions, such as that parents don't have natural obligations to their own children (which was Thomson's point in her famous essay "A Defense of Abortion"). Either way, since abortion supporters have largely been successful in using ambiguous and vague terms (such as "choice" without defining what, exactly, the choice is) to obfuscate the issue, they have been able to convince our culture that abortion is morally good (or at least, morally neutral), even though many people still have no idea what an abortion is or what it does to the unborn child.

This allows abortion advocates to easily make pro-life people out to be monsters. They focus exclusively on women and on their needs. They can portray pro-life people as "misogynistic haters of women" because abortion advocates support women's rights (as if abortion is the only right enjoyed by women), and pro-life people are trying to take them away. Then when pro-life advocates try to explain that abortion supporters take a position that allows unborn human children to be legally killed, they can deny that the unborn child really is a child and get away scot-free. They can even accuse us of making "emotional arguments" by trying to focus on the unborn child. Then we're back at square one, appearing as if we don't think women deserve rights, and the abortion advocates come off looking heroic, since they can just flat-out deny that the unborn child is really a child deserving of human rights and respect.

So we need to be very deliberate about the words we use. It's true that we can make a well-reasoned case against abortion without having to use terms like "child" or "baby." But even if our arguments are sound, that doesn't necessarily make them emotionally convincing. If an abortion supporter intellectually assents to the soundness of your argument but still doesn't feel an emotional attachment to the entity that they are justifying the killing of, they might not actually be persuaded that it's worth protecting them. It might be tempting to try and "play by the abortion advocate's own rules" because we don't want to make unduly emotional arguments, but by the same token, it's equally true that the terms abortion advocates use can completely remove emotion from the equation, which is exactly what they need in order to justify their position.
Posted by Clinton Wilcox at 7:23 AM