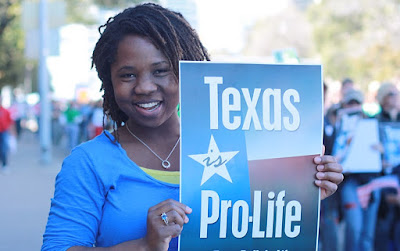 For the immediate future, Texas abortion businesses will not have to meet the same safety standards as other outpatient surgical centers.

The regulation has been tied up in court since its passage almost two years ago. The Fifth Circuit Court of Appeals ruled against the abortion industry plaintiffs on June 9, holding that the safety requirements did not pose an "undue burden" as set forth in Planned Parenthood v. Casey.

Five Justices—Kennedy and the four reliably pro-abortion Justices—granted the stay, which essentially maintains the status quo while the abortion industry plaintiffs prepare an appeal to the Supreme Court. The stay does not guarantee that the Supreme Court will hear the case, but it's likely.

The abortion industry plaintiffs argue that they cannot meet the ambulatory surgical center standards and will be forced to close their abortion businesses. It's a quantity-over-quality argument: abortion access matters more than whether or not the facility is any good.

This argument carried the day in Mississippi, sadly; Mississippi has only one abortion facility, and it has all kinds of problems, but it's been kept alive by the courts on the ground that it would be an "undue burden" not to have an abortionist in Mississippi.

I have a question for abortion advocates. This is a sincere question.

The number of abortion facilities is plummeting. Pro-life laws are part of it, but not the whole picture. A big reason for the drop is that abortion rates have plummeted, and abortion businesses are, well, businesses; as they compete for a shrinking pool of patients, it's Econ 101 that some of them are going to close. Then there's the matter of getting new medical students excited about doing abortions when young adults are increasingly pro-life; abortionists are retiring and not being replaced. These trends show no sign of stopping.

If you have to have an abortion center in every state, what happens when the last one closes on its own? Is the state required to open its own abortion facility or run afoul of the Supreme Court? Conscript doctors? Open abortion practice to non-doctors?

As I wrote last year:


So what happens when the end of abortion "access" is caused not by legislation, but by the natural ebb and flow of culture? How, in that circumstance, can you defend abortion as a constitutional right?

The "right" to abortion is somewhat unique in that it requires another participant to "exercise" it. The only possible analogy I can think of, if I were to assume for the sake of argument that abortion were a constitutional right, is a hypothetical (and, admittedly, extremely unlikely) world in which guns have become so unpopular that it's difficult for Second Amendment enthusiasts to find sellers of firearms.

How important is it to abortion supporters that a woman in a pro-life region has "access" to abortion? Would they be willing to conscript doctors? Willing to encourage unplanned pregnancies to drum up sufficient business? These questions may seem ridiculous now, and I'll admit I've allowed my imagination to run a bit free in this article. But if current trends continue, these are the questions that the abortion movement will have to confront in the next ten or fifteen years. There is a kernel of fundamental tension between the movement for "choice" and the movement for "access." They can coexist while there are a million abortions a year. But in the long run, in order to have access, a critical mass of women have to make the "right" choice.

That is what is at stake in this case. The undue burden argument being used to challenge the Texas law is fundamentally different from the argument that it's burdensome to receive informed consent or wait 24 hours.

A ruling that a state must have a certain number of abortion centers per capita, or at least one abortion center per X square miles, would be devastating. It would give sleazy, inept abortionists a free pass to exploit women. It's already happened in Mississippi. Thanks to the Supreme Court, it's happening in Texas.
Posted by secularprolife.org at 7:22 AM