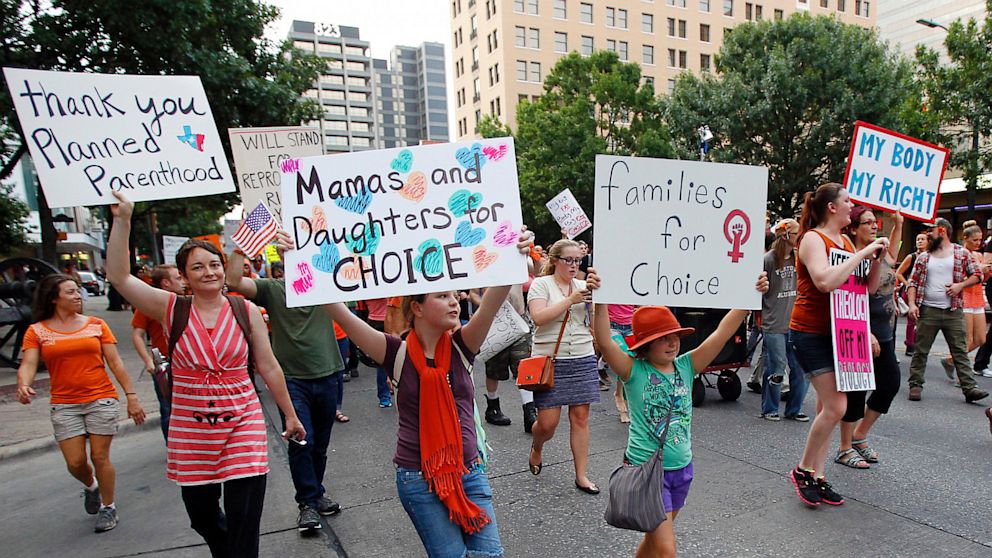 I recently read two very different articles recounting family conversations about abortion, each important in its own way.

First, Broadly gives us Talking to My Grandma About Her 12 Abortions. The author's grandmother lived in the U.S.S.R., which was the first nation to make elective abortion legal. Not only that, abortions were paid for by the government—exactly what abortion apologists in the United States are after when they talk about repealing the Hyde Amendment.

It will come as no surprise to anyone who has even a passing familiarity with pro-life feminist theory that this policy had horrific consequences.


Raised by a hard-lipped, single father in a tiny apartment, she overcame her poor health, getting top grades in school and eventually moving to Moscow, where she earned a chemistry degree at university. Shortly after, she met my grandfather—a kind-hearted film nerd who ran the Moscow Film Festival—and gave birth to my mother at age 24. My grandmother had her second child at 35; in the span of the 11 years in between, she had the majority of her abortions.

At the time, Soviet citizens were all too familiar with a particular catchphrase: "There is no sex in the Soviet Union." According to my grandma, sex was seen as taboo and positioned as a distraction for citizens who were supposed to be spending their time fulfilling their duties as good, hardworking Communists.

Taboo or not, Soviets still had sex, and the state was there to take advantage. The Soviet abortion regime was incredibly misogynistic:


"For most women, waiting for an abortion felt like being on a conveyor belt. On any given morning, there'd be ten women in line at the hospital to get an abortion," she said. "So, whenever I needed one, I made sure to go out of my way to ask around and track down a person within the state-run hospital system whom I could pay extra for better treatment."

According to my grandma, paying extra guaranteed you more humane treatment than you'd get from a typical state-funded abortion. When I asked her what the doctors performing subsidized abortions at state-run hospitals were like, sharp anger entered her voice. "They wouldn't be sympathetic or encouraging," she said. "They'd laugh at you and tell you to shut up and stop crying. These people were heartless and felt nothing for the women getting abortions."

She goes on to recount that publicly funded abortions were done with no anesthesia. In fact, many women of her time passed on "safe and legal" abortions and went the back-alley, paid route in an attempt to avoid abortionists' cruelty. (The back-alley abortionists turned out to be no better.) As for the fathers, they were nowhere to be found; discussions about sexual consent and health were lacking even between husbands and wives, so when women became pregnant, men had little role to play beyond driving them to and from the hospital for an abortion.

The "conveyor belt" abortion model is not unique to Soviet Russia, of course. But to see it in action from the very beginning of the legal abortion movement is certainly enlightening.

The author of the Broadly piece is sympathetic to her grandmother, and understandably so. If she feels any existential horror at being the descendant of one of just two surviving siblings out of fourteen conceived, she keeps it to herself.

The second piece comes from the Canadian Centre for Bio-Ethical Reform and recounts a conversation between a pro-life mom (the author) and her young son, Elliot. She had introduced her son to her pro-life work in an age-appropriate way, talking about helping mothers and babies, but had never explained the gruesome mechanics of what an abortion is. She was floored when her son asked:


“Can abortion doctors kill me too?”

My heart drops. Within seconds I’m on the floor too, cupping his beautiful face with my wet hands. “Oh sweetie, no. No, they can’t!”

His big brown eyes search mine. “How do you know?”

I pull him on my lap and explain that the law, the rule in Canada is that only very little children, only those who are still in their mom’s tummy can be killed. I explain that that could never happen to him, and that we will always do everything we can to keep him safe.

He snuggles up to me, when all of a sudden his forehead furrows again. “What about Tisa?”

I explain that no one is allowed to hurt his little sister either.

“But she’s little,” he counters.

“Yes, but she’s born. She’s safe, sweetheart. And you’re a really good big brother for taking such good care of her.”

That can't have been an easy conversation, but she calms him down. Upon reflection, she writes:


The reason Elliot feels threatened by abortion is because he can’t make the distinction between born and pre-born like adults do. He figures that someone who can end the life of babies like his sister (who he once saw on ultrasound) can also end her life now because he doesn’t understand the difference between Tisa inside and Tisa outside the womb.

He has understood that if you are a human being, no one should be allowed to harm you. Intuitively he knows that one’s age and location is irrelevant. And he’s right.

My son has just taught me an important lesson: that we fool ourselves when we think we’re not affected by an injustice as long as we don’t belong to the group of human beings that’s currently being targeted. If we can strip human embryos and fetuses of their right to life, why not those in the age categories of infants or toddlers? If the human rights of some can be taken away, why not of others?

Readers, have you had any interesting conversations about abortion with members of your family? Tell us your stories in the comments and we might share them in a future blog post.