On Wednesday, May 3rd 2017, members of the Center for Medical Progress, David Daleiden and Sandra Merritt, were arraigned in San Francisco at the Hall of Justice. Prior to the check-in I was standing outside the hall with my standard sign I bring to all pro-life events in San Francisco, bearing the slogan for the organization which I represent, Secular Pro-Life. It reads “Call me an extremist, but I think dismemberment is wrong – Pro-Life Atheist”. The very first person I encountered was Sandra herself!  She seemed in good spirits and was excited to see some support. She wanted to know right away about the secular point of view and insisted we exchange numbers so that we could talk more about secular outreach! She explained that she was prepared to be taken into custody that morning and was ready for whatever happened.  We took a selfie together and I gave her a hug of support. 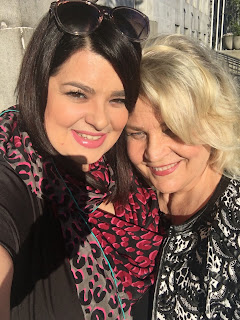 Then more of our group began to arrive. We had about 10-15 young people holding pro-life signs in a matter of minutes on the steps of the hall. Thanks to the efforts of SFLA’s Camille Rodriguez we had attracted young people from all over California. Their signs read “PP buys Becerra”, a reference to the California Attorney General who has charged David and Sandra, and who has publically accepted thousands of dollars in donations from Planned Parenthood. Other signs included “Planned Parenthood Literally Sells Baby Parts” with a copy of the actual contract between PP Mar Monte and Stem Express. Also “We Stand with David”, “We Stand with Sandra”, and the ever popular “We are the pro-life generation”. We had quite a presence by the time David arrived and he seemed pleased and optimistic about the day, despite the seriousness of it all. 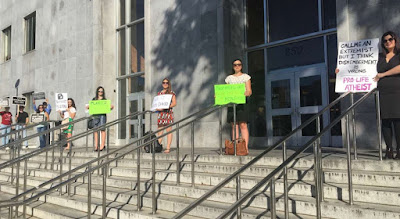 Shortly after the check-in at 8:30, David was released and Sandra was taken into custody. David had been booked previously in Los Angeles and posted bail at that time. The arraignment was set for 1:30PM that afternoon. We agreed to reconvene at that time. 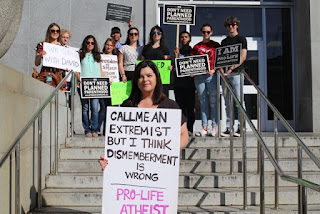 By 1:00 PM almost our entire initial group, including some additions, gathered again on the steps of the Hall to ensure a display of support for David as he arrived once again. We were quite the spectacle and I was pleased with the turn-out.

We entered two separate courts where we were asked to proceed to another room. Finally, the third being the charm, the arraignment began. The courtroom was small, but we filled it completely. It was a satisfying display of support. 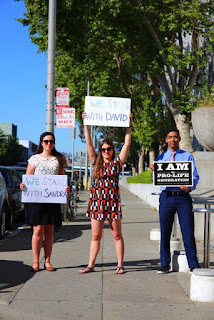 Sandra’s counsel argued for her release based on the unlikelihood that she might flee. He pointed out that she was faced with similar charges in Texas and flew to the state to face those charges. She does not have  a passport, the case is not new (dating back to 2015), and the fact that she is a grandmother living with her daughters were all highlighted by her attorney. The Deputy District Attorney arguing on behalf of Attorney General Becerra argued that although Sandra was not a flight risk, there were 15 “victims” (meaning those individuals recorded without their consent-in public spaces!) bail should remain at $75,000. The judge agreed with the Deputy District Attorney.

David and Sandra’s new hearing was set for June 8th, 2017. Likely arguments will be heard at that time so mark your calendars now!

After the hearing Pro-Life Future of San Francisco, of which I am the President, arranged a press conference outside the hall. Words were shared from David, myself, Jonathan Keller of California Family Council, as well as others. 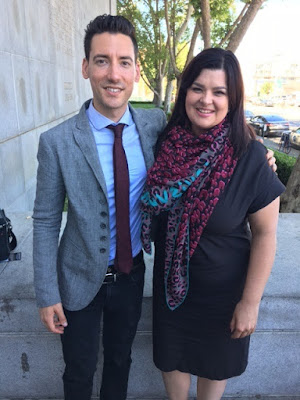 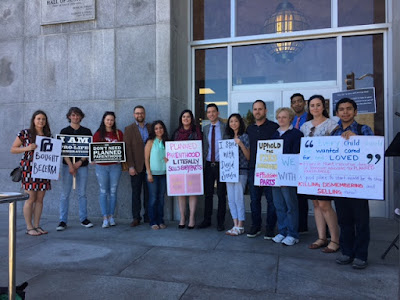 Please continue to support David and Sandra by donating to their defense, and spreading the news that they are innocent and Planned Parenthood and their paid-for-prosecutors are guilty!