On the Single-Issue Struggle

Some of those multi-issue organizations, such as Rehumanize International and Consistent Life, embrace what's known as the "consistent life ethic" (CLE) opposing all acts of violence against human beings. CLE groups typically advocate against unjust war, capital punishment, and various social ills in addition to abortion.

Other multi-issue organizations we've worked with have a more specialized focus, such as the numerous groups that combine opposition to abortion and opposition to physician-assisted suicide. And then, of course, there are those whose anti-abortion advocacy is one small part of a broader religious mission or political philosophy.

This can sometimes be a challenging landscape to navigate. Making it even more difficult, abortion itself has, tragically, become thoroughly entangled in our society. If you strive to be single-issue, as Secular Pro-Life does, where does the issue of abortion begin and end?

A few months ago, when a draft tax plan proposed elimination of the adoption tax credit, pro-lifers voiced near-unanimous displeasure and the credit was swiftly reinstated. The argument was straightforward: adoption is a key abortion alternative, and reduced funding for adoption could lead to more abortions. I happen to agree with that argument and think it fair to say that a pro-life organization could, in that situation, remain "single-issue" while taking a position on tax reform. To give another example, Students for Life of America has a terrific program called Pregnant on Campus that (among other things) educates students about their Title IX rights; those legal protections help pregnant students stay in school, which in turn reduces the pressure for abortion. I do not believe this advocacy transforms Students for Life of America into a multi-issue, "pro-life and pro-Title IX" organization. And of course, the pro-life movement's constant struggle against pro-choice censors has led many of us to become stalwart defenders of freedom of speech, which is fundamentally necessary for us to continue our activism.

How far does this logic extend? If a pro-life organization pushed for a higher minimum wage, arguing that most abortions are committed for financial reasons and that higher wages will therefore prevent abortions, would that organization still be considered single-issue? I suspect most readers will say no, but why not? What about paid maternity leave? What about an organization that (like Secular Pro-Life) promotes contraception and sex education as abortion prevention tools? Conversely, what about pro-life organizations that believe contraception has the unintended effect of increasing risky sexual activity, leading to more unplanned pregnancies, and therefore oppose contraception and emphasize abstinence?

The debate about what is and is not "single-issue" becomes even murkier due to recurring communication failures. For instance, I have observed that non-CLE pro-lifers often view CLE pro-lifers with suspicion because they associate CLE with the infantile pro-abortion taunt that "you're not really pro-life unless you also [fill in the blank]." Knowing so many CLE activists personally, I can tell you they most certainly do not view themselves as the only true pro-lifers—but in our sound-bite-driven world, perceptions trump intentions. 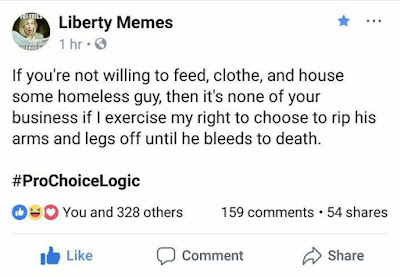 And then there is the tendency—so universal that I'm willing to bet I've been guilty of it myself—to treat those causes you personally care about as having an obvious connection to abortion, while those you do not care as much about are obviously unrelated.

The single-issue debate is hot at the moment, but it's been ongoing for longer than I have been alive. I certainly don't expect to solve it single-handedly. What I can do is name some categories that I hope will make the debate a bit clearer going forward. (Note that all of these categories apply to pro-life organizations and to individuals in their capacity as pro-life advocates.)

Category 1: Standard anti-abortion activism. This includes lobbying for pro-life laws, protesting abortion enablers, and educating the general public about abortion. Most pro-life organizations engage in these activities, which are unquestionably abortion-related.

Category 3: The pro-life auxiliary. These are the lawyers protecting pro-lifers' freedom of speech, the consultants helping pregnancy centers target their advertising to reach women in need, the debate trainers teaching student activists how to make the case against abortion effectively, etc. They may be a step removed from the front line, but their work is incredibly valuable.

Category 5: "The same thing that causes abortion also causes X." This builds upon Category 4. Taking our earlier examples, a Category 5 organization might say:

Category 6: No substantive relationship to abortion. Here we have pro-life organizations that clearly are not single-issue and would never claim to be. For instance, the 66-page Republican Party platform addresses everything from federal dairy policies to cybersecurity, in addition to life issues.

In my opinion, any organization whose work is limited to Categories 1, 2, and/or 3 is single-issue. Those in Categories 5 and 6 are unambiguously multi-issue. I see ample room for debate about Category 4.

Whatever category or categories of advocacy you're involved in, I hope we can understand one another better and stand united for the cause of preborn children. Our tactical and strategic differences should not overshadow the tragic destruction wrought by Roe v. Wade.