Supporting women with unplanned pregnancies: can we find common ground with the pro-choice side? 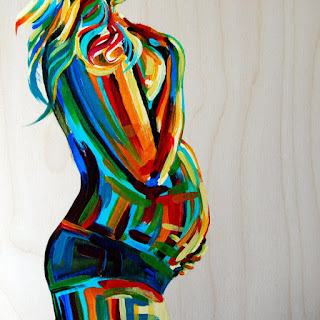 A few weeks ago the New York Times ran "The Women the Abortion War Leaves Out," a refreshingly objective op-ed about the high costs of motherhood that drive many to choose abortion. Author Michelle Oberman, a law professor and self-described feminist from California, wanted to better understand the goals of the American pro-life movement, so she decided to go to crisis pregnancy center in Oklahoma--Birth Choice--and interview the women who run it.

Despite her initial nervousness, Oberman found that the ladies who run Birth Choice were more than willing to show her their work. She said the Birth Choice employees spoke with "deep compassion" about the women they serve, many of whom are grappling with unplanned pregnancies in dire circumstances, including:
Birth Choice works hard to support these women, offering services such as pregnancy tests, registration with Oklahoma's Medicaid, weekly meetings with case workers, counseling, drug abuse treatment, and vocational training. For women with particularly trying circumstances, Birth Choice also has Rose Home, a shelter which can house up to five pregnant women and up to 13 children at a time.

As Oberman learned of all Birth Choice does for these women, she realized, as she puts it, that the abortion debate involves us "[hurling] rhetoric about choice and life, while remaining distracted from the reality that so many women have far too little of either."


The rhetoric of “choice” and “life” encourages us to see a pregnant woman as if she’s balancing a scale, with abortion on one side and motherhood on the other. Which will she choose? Tilt her one way and she might get to finish high school or college, gaining time to plan for the child she wants. Tipped another way, she might become a mother or allow a childless couple to adopt.

The women living at Rose Home reveal the shallowness of that metaphor.

Women face the surprise of an unplanned pregnancy as if on train tracks, with a locomotive barreling toward them. The only variation lies in how many other trains are coming from other directions. Homelessness, violence, addiction and the biggest of all: poverty.

I don’t mean to suggest money is the only factor that shapes many women’s response to an unplanned pregnancy, but let’s be clear about how much it matters. One of the largest research studies on the question of why women choose abortion surveyed about 1,200 abortion patients and found 73 percent said they could not afford a baby at the time.

Oberman is describing the part of the abortion debate that should be common ground for the pro-choicers who want to support and liberate women and the pro-lifers who want to protect fetal life. As we have said many times over, many women get abortions precisely because they feel they don't have a choice, and that should be a problem for activists on both sides of the debate. The pro-choice side is quick to point out the many ways unplanned pregnancy can devastate a woman's life, but if the implication is that she is choosing abortion because of these external reasons--and not because she specifically doesn't want children--these are precisely the situations when even pro-choicers should see abortion as a travesty, not a panacea. If most women choose abortion because they feel they have to, then it's backwards and even a bit grotesque to model abortion as women's liberation. As the stats Oberman quoted suggest, for most women abortion is the result of fear, not freedom.

This distinction is crucial and often misunderstood. A few years ago I did a brief interview for The Friendly Atheist podcast to discuss the secular pro-life posistion and what it's like for us secularists to work with a predominantly Christian movement. I emphasized that SPL cares about education and resources for women as methods of decreasing abortion, and the hosts asked me if that's where SPL's advocacy ends. I know we would be much more palatable to the pro-choice side if we advocated for decreasing abortions in every way except legally, but it would be dishonest to suggest that is SPL's full position. So I explained that no, we do not end at education and resources; we also believe that abortion should generally be illegal and we support some legislative efforts to that end. I explained that for many pro-lifers, education and resources--even if they prevented nearly all abortions--would still not be enough, because killing innocent human beings should be illegal in itself, as a baseline position.

I can't count how many times the pro-choice side has misunderstood this basic pro-life premise. They often assume no one truly cares about fetal life and then try to understand pro-life efforts from that flawed lens. Even Oberman, who I believe wishes to be objective and fair in her descriptions, misunderstands pro-life motivation in her op-ed when she claims that pro-life laws aimed at closing abortion clinics are "designed to drive up the costs of abortion." We aren't trying to close clinics to make abortion more expensive; we are trying to close clinics to make abortion impossible, because abortion kills innocent human beings. (It's also worth noting that Oberman seems to believe the pro-lifers trying to close clinics are distinct from the pro-lifers trying to support women facing unplanned pregnancies. I'm not sure there's such a bright line there.)

But even as the two sides sharply disagree about the legality of abortion, we can agree that we should decrease abortion by increasing support for women facing unplanned pregnancies. (And given Live Action's recent work demonstrating that, contrary to common assertions, Planned Parenthood rarely provides prenatal care, it's more obvious than ever how much work we have ahead of us.) If you believe the best way to support these women is through government-run programs such as WIC or Medicaid, fight for those. If you believe the best way to do it is through private charitable efforts such as the work of CPCs like Birth Choice, contribute to those. I care less about how you think we should increase support and more about whether you are working to make it happen.