About a year ago, Destiny of New Wave Feminists attended The Women's Convention in Detroit. Recently she created a video (FB, Youtube) talking about attending the "Abortion Stories" breakout session. We've transcribed the video below. Phrases in italics signify thoughts not spoken out loud.

Okay so I don’t have a ton of time but I want to tell you guys real quick about something that happened last year at the women’s conference in Detroit. This was a conference that was put on by Planned Parenthood—that was one of the big sponsors—and the Women’s March. So the people who had removed us from the Women’s March. They had a conference and I registered with my full name and everything and they accepted it. And so I was able to go, and it was a fascinating experience.

Obviously I was surrounded by a lot of very pro-choice women. I did not go there in any way to protest them or start trouble. I really kind of just wanted to be in dialogue with them, and to talk to these people who I think so many of us in the pro-life community maybe even without realizing we’re doing it, we have dehumanized them. You know, we made them the enemy. So I thought it would be a great opportunity to just go and sit and hear them. And listen to them, listen to why it is that they think abortion is such a necessary quintessential part of feminism.

Abby Johnson also went with a couple people from her organization. So I was not planning going to this one particular panel, but at the last minute I decided to go. And it was called “Abortion Stories.” And I walk in, and Abby was there with her people, and of course Abby’s very recognizable. So she’s sitting a little bit away from me. I saw people kind of pointing at her. They knew who she was. So at the beginning of this session, somebody went to the front and said “We know that we have some people in here who disagree with this. And we want to make it very clear that if anyone disrupts, you will be removed immediately.” And Abby was like What? Me? Nooo. It was really funny because we really weren’t there to disrupt! We just kind of wanted to listen. Luckily I was sitting far enough away I don’t think anyone realized that I was also like a “pro-life spy” or whatever. [Laughs] Is that what they thought was going on?

So I listened to this panel. It was 4 or 5 women. A couple of them had had multiple abortions. One of the more outgoing women on it, she was hilarious, but she kept talking about how she had had this Etsy shop where she posted abortion related stuff. So she had this flask that she takes with her to all her speaking engagements and it says “I love my abobo.” And she says “I’m going to sell these on my thing.” As someone in recovery myself, I kept thinking Why do you take a flask to all your speaking engagements? That—I don’t know—that’s a signal to me that maybe something isn’t resolved with you about your abortion.

So anyway I listened to them tell their stories and answer all the questions. They started doing a Q&A. And there was a young woman who stood up. She said her name was Coco and she was with a Planned Parenthood actually here in Texas. “How come Planned Parenthood is constantly saying ‘It’s only 3%, it’s only 3%’?” Because a big part of what they had talked about during their presentation was how we stigmatize abortion and how there’s a stigma around it. So she said “Aren’t they in turn actually adding stigma to abortion by saying ‘It’s only 3%’?” And everyone in the room agreed. The outspoken woman on the panel said “That’s why I say go work for a small, independent abortion provider.” And everyone starts cheering, like they were kind of anti-Planned Parenthood. And all of a sudden I’m like Am I in on some weird pro-choice secret? Like people don’t actually love Planned Parenthood as much as Planned Parenthood would like us to think they do? And so the woman was like “Okay, okay” and she sits down.

So at this point there was a reporter who had said she wanted to come with me if I was going to ask any questions or anything. And she said “If I can’t be at the session with you, if you could just record it.” So I had literally just turned my phone on to record and caught the Coco thing. Because I thought I don’t know if I’m going to ask a question. Again, I didn’t go to this to start trouble. But before Coco’s question they had said “Does anybody have any questions?” And it was just kind of a long silence, nobody in the room did, and so I almost asked at that point. And then Coco got up. And so then it was my turn because now the same thing happened: they were like “Do we have any questions? Any questions?” And it’s kind of silence. And I thought You know what? I might as well. So I raised my hand. All the stories we were hearing were very positive abortion stories. And I said, “What if a woman’s abortion story is not positive? What if she was coerced into an abortion? One that she didn’t want. Is she allowed to be a part of your campaign as well? Or would that be considered stigmatizing abortion?”

And I remember the outspoken woman who had called on me looks at me, straight in the face, and she says “Do we have any other questions?” And starts looking around the room. And the coolest thing happened at that moment. A woman right in the front row—her hand shoots up—and she says “No. That’s a good question. Answer it.” And so I’m assuming this woman in the front row is probably post-abortive and definitely pro-choice, and here she was advocating for my voice to be heard, which I thought was just kind of beautiful.

So the woman looks at her and she goes, “Well I guess I really just didn’t understand the question.” And the woman behind that lady says my question! Explains it. Which was also really cool. Here these women were saying “No, we want an answer to this.” So she says, “She’s asking if a woman had a bad experience and was coerced into an abortion, can she tell her story as part of your campaign?” And the lady goes, “Well, first of all, if a woman comes to us and she wants to have her baby, we send her on her way with a pack of prenatal vitamins and a picture of her sonogram and we say ‘Go be a mom.’ This does not happen. There are not coerced abortions.” And of course she thinks she’s putting it to rest with that.

Another hand shoots up from a third woman in this room who says “No. She’s saying if a woman was coerced, can she tell her story?” And at this point, somebody else on the panel who’s a little better at PR jumped in and says “Well we wouldn’t want to be hurting a woman. We wouldn’t want her—if she has unresolved issues with her abortion—we wouldn’t want to be re-wounding her by having her share that story. We would want to get her into a healthy place before she shared her story.” And I was like, That’s kind of a cop out, but that was a much better answer.

So then this session wraps up and nobody was escorted out. None of us started any trouble, right? And the next day I’m meeting with that reporter. So we’re down at the little hotel coffee shop and she had her recorder on because she was interviewing me. And all of a sudden Coco walks up. And she says, “Hey, I hate to interrupt you guys. I’m so sorry. But I just wanted to say thank you so much for asking your question yesterday. I get that question all the time and I never know how to answer it. Thank you for doing that.” And I’m just like, “Of course!” Clearly she has no idea who I am or she would not be thanking me for doing this.

And I said, “You know, at the end of the day, I am a feminist. And I hate women’s voices being used as propaganda. And I think there’s a much larger conversation we need to be having about the nuance within abortion and the fact that there are women who are pro-choice out there who feel like it was the right decision for them to make. But they still have these wounds. And I know this because they’re my friends. I have many pro-choice friends who don’t necessarily regret their abortions, but they still know exactly how old their child would be today. They still think about it. They still wonder what their life would have been like if they would have had that child.”

“And when we don’t allow women the ability to express that because we label them as ‘stigmatizing abortion,’ I think that’s incredibly cruel. And I think, especially as a feminist, I don’t believe we should be in any type of bondage. I don’t think we should be chained barefoot and pregnant to a stove, but I also don’t think that we should be in emotional bondage from an abortion that we’re not allowed to talk about unless we put a smile on and say it was the best thing we ever did. Because for so many women, it’s a very complex multifaceted issue, and we have to let them talk about it. We have to hear their stories.”

So with that, I’m really excited to see these new groups cropping up that do after-care, you know, abortion healing, that’s not religious, and is more wide-ranging. I spoke to a woman on the phone today that I’m just really encouraged by, because she was saying she has pro-choice friends who are post-abortive, and they want to be able to talk about their abortions. And she’s pro-life but she wants to be able to offer them a safe space to do that as well. And I think that is just one of these ways that we can really break down this divide between the pro-life and the pro-choice side, where it’s constantly dehumanizing the other side and not looking at them fully, but then expecting them to understand the humanity of the unborn person when so often we disregard their humanity. 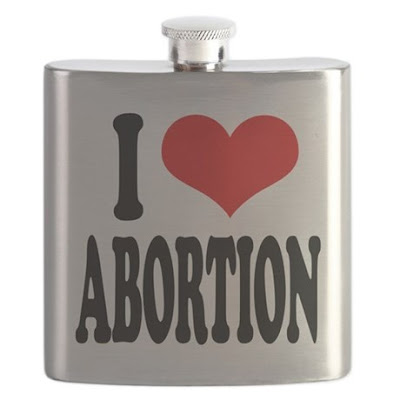