Your experiences with CPCs and pregnancy resource centers.

About a week ago we asked our followers what experiences they've had with pregnancy resource centers. You can read all the responses here, but below are some key selections.

Those who have volunteered or worked for a center:

Sarah I: I volunteer for one. I usually do whatever task they need me to do. One day, they asked me to sit at the front desk and answer phones. A woman came in for an ultrasound. She was leaning toward abortion. She was 14 weeks along. She came out of the ultrasound room afterwards and said to me, "Wow! It's definitely a baby! I thought it was going to look like a grain of rice or something. I'm definitely going to have this baby." That reminded me how so many people are not aware of what abortion really does and how early we have developmental milestones.


Leticia C: Helping! One time I helped carry a stroller with a baby in it down the stairs. On two other occasions I listened to pregnant mamas tell their stories which were very eye-opening... just being able to authentically care for someone and for them to know that they are cared for is pretty darn memorable.

Christine N: Had a pregnant client who told me how her boyfriend wasn't nice to her. Hinted he was sometimes physical. I tried to offer her help to get her out of that situation but she didn't want to leave him and be single with a baby. She never came back and always wondered what happened to her.

We had a young woman, 19 or 20 who was pregnant with her 3rd child. She had started coming to us when she was expecting her 2nd. I couldn't help but wonder if the center promoted more than abstinence (biblical sexuality) if she would have avoided that 3rd pregnancy.

I had more than one client who was abortion-minded change her mind once she found out about all the help we could offer during and after pregnancy. In all the women I had seen for a pregnancy test not a single one during our initial question form said yes that they were using birth control or condoms.

Countless smiling women and their kids coming in weekly for various classes, or just to talk to one of the volunteers made it all worth while.

Erin S: I fund raise and throughout the year I collect items for their “boutique” periodically when they need things. I’m doing it now actually, my mom volunteers for them and noticed they were low on things. So, I’m trading stuff on Facebook for baby items. They send out a card every month with how many women they are helping have a due date that month. It’s usually 30 or so each month. www.cpcfriends.org

Aron R: I work for a PRC. We are seeing a lot of immigrants for parenting classes and material assistance. We have also had an influx of abortion minded women seeking information and several have changed their mind recently.

Christina H: Had a young woman come into the center I volunteer at a couple weeks ago. She wanted to thank us. HER MOTHER had been a client 20 years ago. This young woman was certain she wouldn't be here if our center hadn't been around back then.


A woman who had bad experiences with a center:

Stefanie F: I went to a CPC a pregnant 17 year old from rape. I refused my family's demand to abort. I wanted parenting resources and counsel to prepare for that. Instead, I was told not only would they not help me parent, but that I must put the baby up for adoption. Single motherhood was a "sin" and there were married couples who could give my baby so much more than I could. I was given a binder of waiting PAPs and told to pick a couple. I had a meltdown because they were trying to take my baby away. Turns out the counselor has a sister who worked for DSS seeking to adopt a baby on the cheap. I was in the wrong place at the wrong time. I was told either let her sister adopt my baby or CPS would take her at birth anyway. They helped my family force me into an adoption. To make a long story short, the counselors sister didn't want my daughter, because she wasn't "white." So my daughter ended up being adopted by paternal relatives. Never will I send a vulnerable woman to a CPC. Too many push adoption as the default option, instead of the last one. (Abortion isn't an option.)


Women who had good experiences with a center:

Sarah Y: Yes, I was 17. Pregnant. They did testing for me, then counseling, and gave me all the options. I appreciated the honesty. Was really nice to have someone sit down and talk with me about priorities and future goals. Helped me put things into perspective and made it seem less daunting somehow. 20 years later, my daughter is amazing and I feel so blessed to have had such an amazing person to help me so long ago.

Crystal K: I went to one for most of my pregnancy and a couple times afterward. I wanted to take advantage of their parenting classes before my baby arrived. My counselor was incredibly wonderful and kind, and they helped my little family with baby clothes and equipment we needed. I learned so much there that's been helpful and I'm so thankful.

Margaret K: A friend of mine thought she might be pregnant. So she went to a CPC in Texas and they told her that the test was negative but it's still early so there might not be enough of the pregnancy hormone and to come back tomorrow and they can do an ultrasound. But they just sat and talked with a very scared single 21 year old. They talked to her about how she can handle it. If she is pregnant it's a baby not a problem. And they really humanized her potentially nonexistent child for her. When she got the ultrasound she discovered it was a failed implantation and they grieved with her. They let her experience her emotions. She is considering going to volunteer there.

Varina H: Yes, they are very helpful. Still help me with maternity clothes, vouchers for baby clothes, lots of moral support, free ultrasounds, and said when the baby is born to go back and they will give me a baby shower basket with lots of clothes and diapers and other things. They help with baby furniture, have counseling and parenting classes for free, and help with children's clothes as well. Super grateful for all the help I've received. 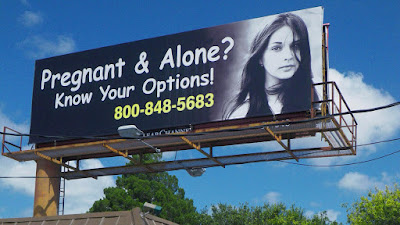