The zygote is the beginning of the human life cycle: everyday examples.

The human zygote is the first developmental stage in a human life cycle.

In the abortion debate, people treat this statement as if it were a belief, rather than a fact. They seem to assume the demarcation of the zygote as a human's beginning is just one belief of many, brought up only to support an anti-abortion agenda.

But pro-lifers didn't invent the idea that the zygote is the start; we're merely acknowledging that already existing reality. And I notice that whenever biology comes up outside of the abortion debate, science communicators readily acknowledge this basic biological fact too.

Here is my toddler's ABCs of Science book, part of the Baby University series. I couldn't help but notice that the final page states "Z is for Zygote. A zygote is the first stage of development in living things." 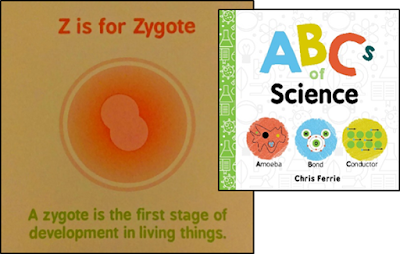 Similarly, here's a page out of the (pretty delightful) children's book You Are Stardust, which reads "You started life as a single cell. So did all other creatures on planet earth."


In the meiosis video of Crash Course's biology series, Hank Green exclaims "If you're not suitably impressed by the fact that we all come from one single cell and then we become this [gestures to himself] then I don't—just I don't know how to impress you!" 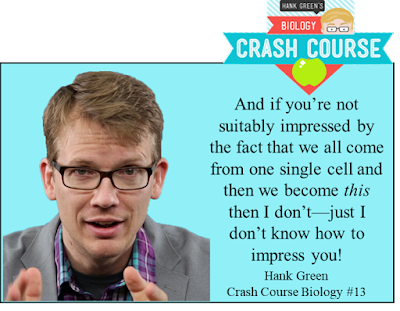 Here's a photo from Chicago's Museum of Science and Industry (MSI) in late 2018. MSI had a room you can walk through that shows prenatal human development using real specimens. Just outside the exhibit is a display which reads in part "All of us start as a single cell and then begin a wondrous journey of change in—and with—our moms."

We begin as zygotes. This is a basic (and typically readily acknowledged) biological fact. It doesn't necessarily follow that human zygotes are morally relevant or are "people"—the personhood debate is an important but separate discussion. But before we can discuss which human organisms count as "people," we need to have a shared understanding of when human organisms begin in the first place.