Instead of abortion or adoption, what about kinship caregiving?

Ask any midwife to list a book she read on her journey towards birth work, and she will undoubtedly mention Ina May Gaskin’s Spiritual Midwifery. Those who aren't the naturalistic hippie types will definitely raise a brow at her use of “psychedelic” language and philosophy, but her work as a midwife can't be dismissed. She and her team uncovered the lost American tradition of midwifery and home birth, using their humble practice on “The Farm” (their commune) to jump start a birth revolution that has helped women regain bodily autonomy and self-confidence in the maternity ward.

Within Spiritual Midwifery, one account shared in her collection of empowering birth stories involved something like a kinship adoption. It was one of a few such stories in entire book, but I was engrossed in this particular case for a single, profound reason:


The adoption was temporary, and the birth mother was heavily involved.

At the commune where Gaskin works and lives, it’s common practice for neighbors, friends, and family to help one another raise their children. If someone needs help, it is—quite literally—next door. This was the case for baby Celeste. Her mother, Ginny, had for unexplained reasons allowed the Farm midwives to place the baby in the care of Lois. Ginny and Lois named their daughter together, and Ginny slowly reintegrated herself into Celeste’s life from the time Celeste turned one until she was a little over two years of age. The transition was seamless: Ginny even lived with Lois’ family on and off until she was ready to move out on her own. To this day, the story explains, they all continue to have a “warm relationship.” 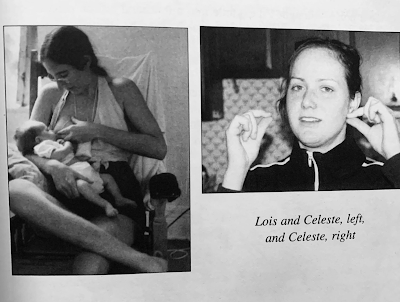 Similar stories of open adoption can be found today—that is, the birth mother receives updates and communication about her baby and the adoptive family. A favorite example of this kind of close contact is the story of teen mom Kaleena, who pumped and shipped breast milk to the family, knowing the health benefits for infants. Even after the parents decided to wean the child, they assured her that they would all keep in touch.

With that said, open adoption is still vastly different from the experience of mothers like Lois and Ginny. In fact, even with the significant improvements we have seen in terms of rights for birth mothers and their children, there are still many who find themselves traumatized by the adoption process. Sometimes it is a birth mother who was manipulated and pressured by a private agency into “giving up” her baby. Other times, the adopted children themselves feel disconnected from their past, due to incomplete information and possible trafficking cases that lead to their “adoption.” Breaking stigmas and abuse surrounding adoption is crucial to saving lives—for both parents and their children. But with limitations and ongoing problems, what can we offer that is more holistic and healing?

I find a part of that solution in the story of Celeste and her two mothers. I prefer to call their arrangement “kinship caregiving” because, unlike adoption, the set up is temporary, and the phrase evokes an idea of domestic partnership and support. Neighborly love, if you will.

Adoption has paths and choices worth defending and talking about, but it’s not perfect. It’s not the best solution for every unplanned pregnancy where the birth mother is not ready to parent, yet is traumatized through separation from her child after bonding through pregnancy and birth. Or, perhaps the mother truly does want to keep her child, but her immediate circumstances—even with help—could not allow her to parent responsibly. There are horror stories of families being unjustly torn apart by the system, much of it related to systemic oppression of minorities. One has to wonder—would a different kind of caregiving be a healthier and safer approach for these families in need? Whether the child is newborn or a teenager, there needs to be a better option than this trauma that occurs.

In those hard cases, it is not right to claim that birth parents are selfish for wanting to keep their children. They are not irresponsible or cruel to want to be in their children's lives as their primary caregivers. To go against these natural, biological yearnings and coerce people into placing their children for adoption is reminiscent of the days of decades ago, during the "baby scoop" era. The prevailing practice was “You’re an unfit parent? Then we’ll literally rip the baby from your arms and you’ll never see them again. Yay adoption!” We still see this attitude. In fact, some people see it as such a problem that they form organizations to fight against it. 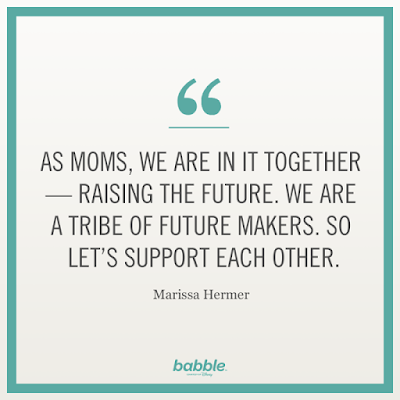 I firmly believe—not just as a pro-lifer but also as a mother who has faced the threat of poverty and illness—that placing a child for permanent adoption is not always the answer. It is preferable to abortion, but that doesn't mean we should overly romanticize or downplay it. Of course a living baby and safe mother are better than a dead baby and injured mother—but that should be the bare minimum, not the bar we live up to. In those cases where a parent clearly wishes to be in his or her child’s life but can’t do so for a while, the answer should be to allow a compassionate and friendly person close to the parent to step in as guardian.

Women and girls in crisis pregnancies each have their own reactions and unique fears to their situations. One fear many share is the fear of birthing and parenting alone. They often don’t know about the charities and organizations willing and ready to help, and thus step into the abortion clinic or the adoption agency with little bearings. With such harsh choices, they may also face the stigma from their inner circle—a circle that fails to truly step in and help them with their situation in a way that is healthy. This lack of support leads to unwanted abortion and coerced adoption.

With all the legal systems and formal exchanges found in traditional adoption, we are missing an option with more heart and neighborly love. Our society is an individualistic one, and it hurts families in ways that echo throughout our culture. This is an emptiness that no legal system can ever heal or fill. It can only be filled with humanity, and that humanity should be found in the pro-life movement.

Even if we aren’t all in a position to adopt a child (temporarily or permanently), there are ways we can implement a soft type of kinship caregiving into our lives. Make the single postpartum mother some frozen meals as she adjusts to parenting. Offer to clean and babysit for that student parent so she can study and take a break. Donate breast milk or formula to the family who can’t breastfeed but can’t afford formula. If you are a close friend or family member to a parent in need, open your home and heart to them, their children, or both. Guide over that little bundle of joy while their parent is off preparing their hearts and minds for their child. “Adopt” their child, but adopt the parent too.

This option is not the answer to every problem we see today, but it could be what saves, nourishes, and grows a life—lives like Ginny and Celeste, who had a Lois to adopt them. May this one day be the new definition of a true kinship caregiving.