While I was on spring break, all kinds of things happened with the health care bill. Other pro-life bloggers have this covered, so I'll just say that abortion funding is still in it and the deciding votes are still up for grabs. Let's move on to some less publicized stories.
~Obama released the names of the charities which will receive his Nobel Peace Prize money. I'm pleasantly surprised to see that Planned Parenthood and company are NOT on the list. 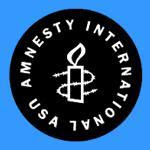 ~Amnesty International has launched a new campaign to combat maternal mortality in the United States. Amnesty takes a pro-abortion stance, but this particular campaign seems to be abortion-neutral. Perhaps that's because they realize that maternal death rates decrease when abortion is illegal, and they'd rather not talk about that. Still, I appreciate their petition to ensure access to prenatal care and encourage post-childbirth home visits.
~I was going to make a Citizen Sports Facebook March Madness bracket for SecularProLife.org, just for fun. But it was rejected because "abortion" is a banned word. How lame is that?
EDIT: Here's our bracket!
Posted by secularprolife.org at 6:37 PM

I just tried, and incredibly, they have that covered too. "Pro-life" seems to be okay, though. Very weird.
Here we go! http://apps.facebook.com/bracket/group/detail/5832242