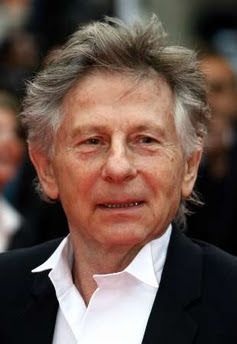 Roman Polanski, the famous film director who fled the United States after pleading guilty to sex with a 13-year-old girl, is a free man. He is currently staying in Switzerland, which just announced that it will not extradite him. The case, which has infuriated people on both sides of the life issue, is being extensively covered by the American media. There are over 1000 stories on Switzerland's refusal to extradite Polanski, according to Google News.

It's easy to understand why. Obviously, there's the celebrity factor. And since the rape took place decades ago, we can comfortably read the story knowing that we are expected only to condemn, not to act.

But we should be acting, because statutory rapists are continuing to exploit girls in the United States-- and they are doing it with the help of Planned Parenthoods and other abortion facilities which repeatedly fail to comply with statutory rape reporting laws. These crimes deserve every bit of press that Polanski's crime has received. Thanks to pro-life efforts, the problem is being investigated in several states, although there is admittedly much work to be done. It doesn't help that pro-abortion organizations-- some of which claim to be "women's groups" and have dutifully condemned Polanski-- are fighting us every step of the way.

There's a word for that: hypocrisy.
Posted by secularprolife.org at 11:17 AM

If you've ever read the account of what happened to that poor woman, it's awful. Roman Polanski is a monster.

But, you're right. There are so many instances of unreported statutory rape cases. We need to increase awareness of this issue. If Roman Polanski can be used to help bring this issue to light, then so be it.