Beyond XX and XY

If you aren't part of our Facebook group, you really should join. We have lots of interesting discussions there. One such discussion took place in response to Wednesday's post, which featured abortion advocates in Colorado who proclaimed that "anyone who has an X and a Y chromosome is biologically female." That's wrong, of course. But the usual pro-life, pro-science response-- that sex is determined at fertilization, with XX producing girls and XY producing boys-- is a bit simplistic.

That isn't meant to be a criticism. Faced with enormous ignorance of the sort demonstrated in the Colorado debate, I cannot blame anyone for dumbing it down! And of course, sexuality is only one aspect of personhood: we can easily argue for prenatal rights while ignoring sex development altogether. But if you ever do get an opportunity to have a more nuanced conversation about sex, here's a quick guide. 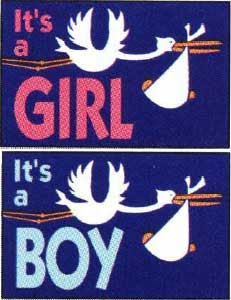 For the vast majority of people, sex is determined at fertilization; those with XY chromosomes are male and those with XX chromosomes are female. But about one person in 2000 is intersex. For intersex people, the genetic sex does not correspond with the outward appearance of genitalia. Intersexuality has many causes, most of which are genetic. For instance, in congenital adrenal hyperplasia, an XX embryo develops "virilized" genitalia due to overproduction of hormones by the adrenal gland; in androgen insensitivity syndrome, an XY embryo will develop feminine genitalia because the body does not respond to certain hormones. In these cases, the basic point still holds: sex is determined at fertilization, just not through the usual XX/XY means. More rarely, intersexuality is caused by factors that are completely external to the unborn baby, such as exposure to pesticides or the mother having an ovarian tumor.

While the relevant genetic factors are present at fertilization, the development of genitalia does not begin until the middle of the first trimester. (Some try to get at this point by saying that we all "start out as female.") Both boys and girls develop what is called a "genital tuber," which will later form a penis in boys and a clitoris in girls. The aptly named "labio-scrotal folds" undergo a corresponding differentiation. By 11 weeks, the external differences are apparent.

For more information on this and other prenatal development topics, visit the Endowment for Human Development.
Posted by secularprolife.org at 10:27 AM