My apologies for not posting yesterday. Don't you hate it when real life gets in the way?

Kristen Day of Democrats for Life of America posted this article on Facebook yesterday, which summarizes the ongoing SBA List/DFLA feud on abortion in health care reform, particularly with regard to the billboard advertisements in Ohio. It's worth reading the whole thing, but let's focus on this excerpt for now:


"The pro-life organizations that are working in concert with the Republican Party strategy to defeat all Democrats are seizing on the public's general lack of knowledge and uncertainty about the health care insurance reform bill,” [Day] commented. “Targeting strong pro-life advocates who are willing to stand up to their own leadership to protect the sanctity of life is mistake. The pro-life movement is now moving toward fully embracing a one-party strategy.”

The SBA List is financially backing one Democratic congressman, Rep. Dan Lipinski of Illinois, who voted against the health care bill in part because of concerns about its restrictions on abortion funding. It has targeted 42 Democratic House candidates for defeat.

Intrigued, I asked where Lipinski fits into all of this. Day responded t 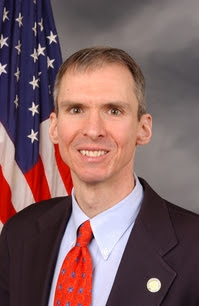 hat "Dan Lipinski is a friend of DFLA and a friend of mine. We have a very good working relationship. We support and endorse Congressman Lipinski."

Who is this master of human interaction?

Well, he's the incumbent Representative of the 3rd District of Illinois. Life issues and health care reform are prominently featured on his campaign website, and he is expected to win his re-election by a landslide.

This gives me an idea. After November, when everybody's had a chance to settle down, let's get Kristen Day and Marjorie Dannenfelser together for a conversation to be moderated by Dan Lipinski! And let's not let them leave the room until they've made up. I'm so sick of the infighting that, if necessary, I will come to D.C. and personally provide their meals for as long as the negotiations last.
Posted by secularprolife.org at 12:28 PM

Not sure what good that'll do. The sticking point is the PPACA. The SBA List is only supporting Lipinski because he voted against health care reform.

I too am tired of all the fighting going on in the pro-life movement over the health care bill. In fact I wrote about it months ago and put it on the PLAGAL blog. It seems that the pro-life movement once again is trying to squeeze out another organization that does not fit into its' ideals. It is nothing new and it drives me crazy.

Nulono, the reason I think Lipinski would make a good moderator is that he agrees with the SBA List interpretation of Obamacare and yet maintains a good relationship with DFLA. I agree, Obamacare is absolutely the sticking point-- and it appears that he's come up with some way to agree to disagree. I'm impressed.