Laws that save lives 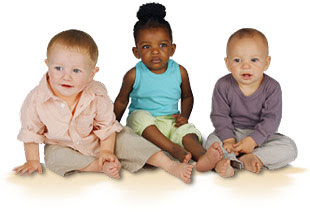 A recently published peer-reviewed study by Dr. Michael New of the University of Alabama shows that common state legislation has a significant impact on the abortion rate.

The study, “Analyzing the Effect of Anti-Abortion U.S. State Legislation in the Post-Casey Era,” evaluated abortion data from nearly every state over a span of 21 years, from 1985 to 2005 – a longer period than nearly any other peer-reviewed study. It contributes to a substantial body of social science research which finds that parental involvement laws and public funding restrictions are effective. New found in his study that data from both the Centers for Disease Control and the Guttmacher Institute provide solid evidence that Medicaid abortion funding restrictions, parental involvement laws and informed consent laws effectively lower abortion rates. His findings included that parental involvement laws reduce in-state abortion rates for minors by approximately 15 percent.

With everything that's going on in Washington, D.C., it's easy to overlook state and local action. This study shows that our decades-long efforts to pass pro-life laws on the state level have been worth it. Of course, legislation is not and should not be the pro-life movement's sole focus. Many dedicated pro-lifers focus their work in arenas like education, direct aid to pregnant women and families, etc., and that's wonderful. But neither should we dismiss legislation as just a political game. We've long known, and this study now proves, that laws can make the difference between life and death. I hope that this study emboldens state legislators to take a stand for life!
Posted by secularprolife.org at 10:57 AM

This is uplifting to read. I sometimes feel despondent over the seemingly insurmountable task ahead of the pro-life movement. After arguing about abortion enough times, sometimes I feel like nothing we do really makes a difference and people rarely change their minds. So thank you for posting something that demonstrates our efforts have a real effect. :)

This stood out. How much are abortions really reduced, and how much are they just moved to other states?