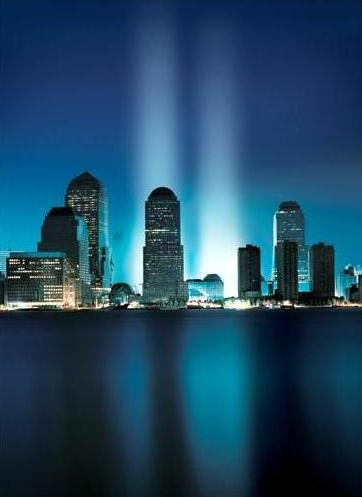 It's impossible not to talk about the tenth anniversary of 9/11. To blog about any other story would be to ignore the elephant in the room.

Various pro-life commentators have noted that the number of lives lost in the September 11 attacks is very nearly the number lost to abortion every day. That's true as a statistical matter, but comparing body counts has never done much for me. After all, if the number dead is what mattered, there would be many mass killings meriting more prominent days of remembrance than 9/11.

What truly sets 9/11 apart is the emotional response it created. The whole point of terrorism is to inspire fear, of course, but 9/11 inspired much more than that. It inspired courage, selflessness, and unity.

If Americans from so many different backgrounds could unite over the tragedy of September 11, why shouldn't we be able to unite with people of different faiths to fight the tragedy of abortion? If political affiliation ceased to matter on that day, why shouldn't pro-life and pro-choice be able to treat one another with respect? And why shouldn't pregnancy centers be overflowing with donations of baby supplies, just as the Red Cross was overwhelmed with donations of blood?

As you think back to where you were ten years ago, think about how you responded-- and how that response can inform your actions today.
Posted by secularprolife.org at 9:48 AM