We are all aware of the One Child Policy that is enforced in China; however, many people don't know of a man and wife who have for years now stood up in defense of the men, women, and children who have been affected by China's One Child policy – which has resulted in millions of forced abortions. There are countless stories I could share with you of women who have been brutally forced to abort child after child when they became pregnant after their first child. Yet, what I have to tell you today isn't about these women who are forced to abort, but about one courageous person who stood for human rights even when Chinese officials attacked him. 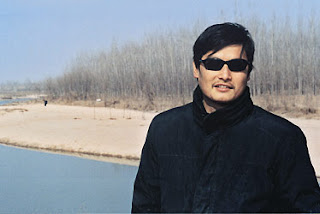 Rumor has it that notorious forced abortion and sterilization opponent Chen Guangcheng is dead. This would be at the hands of the Chinese officials who have kept he and his wife under house arrest for almost a year now. The same man who he and his wife were brutally assaulted and kept isolated with no contact to the outside world for some time.

It has not yet been confirmed that Chen is dead, but information has come out that this man may already be dead since friends tried to visit him earlier this week. Radio Free Asia reports that Chinese authorities have detained nine human rights activists who tried to visit with Chen Guangcheng. Some of these nine activists were also cut off from communicating similarly to Chen and his wife earlier this year. Reports have been made that authorities were shooting at these nine activists while they attempted to visit Chen. Voice of America has reported that villagers were saying, "Chen is dead already." Further investigation is being made to verify whether or not Chen is dead; and if he is not, organizations are standing up to demand he and his families' release. 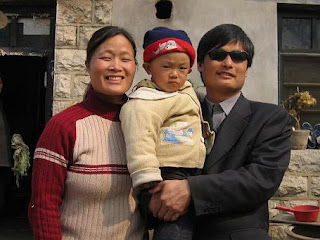 Reggie Littlejohn, President of Women's Rights Without Frontiers has said the following:

"We are alarmed at the report that villagers are saying that Chen is already dead,"

"If Chen is dead, then the Chinese Communist Party is fully responsible for killing him through torture, denial of medical treatment and slow starvation. If Chen is alive, we urgently demand that he and his family be released immediately and unconditionally, for medical evaluation and treatment."

My thoughts go out to Chen, his family, and all other heroes who have stood up against forced abortion and sterilization in China. I hope that the defense of women and children continues because we must stand up against the injustice of China's One Child Policy. Chen is a true hero who has loved by his actions to help others, despite severe and at times harmful opposition.

Posted by Timmerie Millington at 6:05 PM