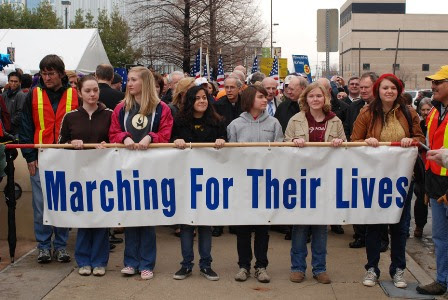 For some reason, the media chose this past week to examine the makeup of the pro-life movement, or at least its leaders. Three articles are worth noting.

A) A widely circulated article from The Weekly Standard focused on Millennials, who "haven’t grown more religious, politically conservative, or queasy about gay rights," but "tend to see abortion as a human rights violation."

C) Finally, the Huffington Post stuck to the usual pro-abortion narrative, equating the pro-life movement with the United States Conference of Catholic Bishops (USCCB), and alleging in the headline that it is anti-abortion men who are leading the so-called "war on women."

Although the USCCB made a valuable contribution during the health care reform debate, they definitely were not standing alone. Option C is wishful thinking. A pro-life movement made up of older, religious men is a much easier public relations target, so our loyal opposition would like to keep that impression in the public mind no matter how untrue it has become.

The correct answer is D) A and B.
Posted by secularprolife.org at 7:57 AM

I think the correct answer is "A, B, C, and then some." We might not like it, but older, conservative, religious men do still play a huge part in shaping what pro-life politics look like. A disproportionate part, I'd say. But they're not the only pro-lifers out there, and the rest of us need to step up and claim a place for our vision too.