On the Beginning of Life

After coming under fire from established pro-life activists for his stance that life begins at implantation, Newt Gingrich has recanted this and stated that fertilization is the moment when life begins. At least one pro-life veteran is skeptical of this sudden change.

Traditionally pregnancy has been dated from the first day of the mother’s last menstrual period, which typically occurs about two weeks before fertilization. The American College of Obstetricians and Gynecologists years ago decided pregnancy started with implantation, in part to avoid some questions being raised about birth control methods, specifically hormonal birth control and intra-uterine devices (IUDs 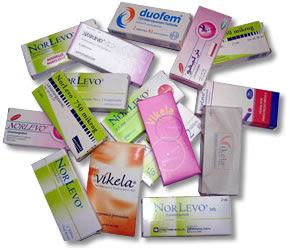 ). These are questions that needed to be addressed a long time ago, and pro-lifers are as guilty of failing to address this as the pro-choice side. When pro-lifers say that life begins at conception, they need to look at whether a given birth control method is abortive. Pro-life women and men need to know there's speculation that the birth control pill may cause early abortions. By the same token they also have a right to know there's much room for doubt that this takes place.

The belief that the pill causes early abortions is based on the observation that the endometrium is thinned out while a woman is on oral contraceptives, and this is believed to hinder implantation. Beginning around the 1990’s, however, some pro-life physicians began to challenge this, arguing that implantation can take place in environments far more hostile than an endometrium thinned by oral contraceptives, such as the Fallopian tube in ectopic pregnancy. Moreover, implantation is known to take place directly in the uterine muscle, which leads to a condition called placenta accreta requiring surgery. This suggests the uterine lining's purpose is as much to protect the mother as to nourish the child. Some other physicians have challenged this with their own papers. This became such a source of division that the American Association of Pro-life Ob-Gyns decided to shelve the debate and concentrate on other pro-life matters. They have a page that links to both papers.

There is also some disagreement over how methods of emergency contraception work, at least within the medical community as a whole. If, as some studies suggest, levonorgestrel (Plan B) does not disrupt post-fertilization events, it would seem unlikely that the much smaller doses of hormones in ordinary contraceptives would have this effect.

At this point I might add that I am not trying to encourage emergency contraception. There are indications that its effectiveness is overstated, and it has not been shown to reduce abortion.

With the IUD there’s not as much doubt that it can act abortively. The progesterone IUD is believed to thicken the cervical mucus to impede sperm transport, while the copper IUD is believed to have a spermicidal effect. The latter is also used as emergency contraception, however, and in this setting is considered much more effective than pills. Those who argue the effectiveness of Plan B and even ella can be accounted for by actions that occur before fertilization admit the IUD’s very high effectiveness means it must be able to act post-implantation. A moment’s reflection can help to explain this. Pills alter the growth of endometrial linings, while the IUD acts as a foreign object and an irritant.
Posted by secularprolife.org at 2:02 PM

From time to time when I've taken part in vigils outside Planned Parenthood clinics they would hand out literature saying the Pill causes early abortions, and it's often made me wonder about younger people who would show up in our group for a week or two, and then drop out.