Last month Health and Human Services (HHS) mandated birth control, sterilization, and abortion inducing drugs in President Obama’s healthcare reform. The issue at hand does not only consist of whether or not we believe any of the three above “preventative services’ are okay, the larger issue at hand is that the HHS mandate also forces individuals and institutions to violate their consciences by forcing them to provide these services for their employees. 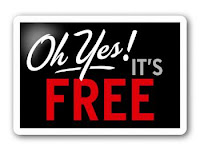 For some, this mandate was perfectly okay, while others have passionately opposed this mandate as a violation of their First Amendment Right to religious liberty.

For weeks, the fear has been that mandated birth control, sterilization, and abortion inducing drugs would be the first service to be provided, and that they would become the slippery slope to mandated abortion coverage if we did not oppose the HHS mandate.

Well, last week the Obama administration wowed us again with the so called “$1 abortions” ruling. Here’s what’s up:

We are NOW riding the slippery slope. Some thought that being quiet would be the best thing to do, but we are talking about our constitutional rights, and silence has lead us to tyrrany. Now is the time to go outside of our personal comfort zones. Now is the the time for all of us to engage and speak out. If we don’t speak now, we assign away our rights to religious liberty in the future. SPEAK NOW AGAINST THE HHS MANDATE WHICH VIOLATES YOUR, AND MY, 1ST AMENDMENT RIGHT TO RELIGIOUS LIBERTY.

Posted by Timmerie Millington at 2:00 PM

I'm deciding between the anti-choice people and the NRA folks on who is more hyperbolic about Obama.

The term is pro-life, not anti-choice.