It's their fetus to tweak. 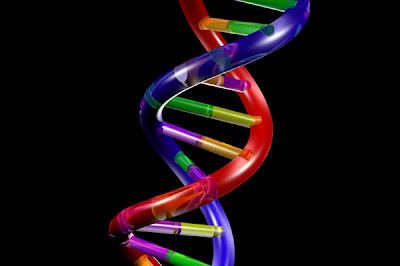 Once again, the topic of "justifiable reasons for abortion" is at the forefront of the abortion debate. Recently, the New York Times published an article hailing a breakthrough in genome sequencing of human fetuses using the parents' DNA only.

This method makes it easier for parents to detect genetic diseases prenatally. As the article points out, this is likely to increase abortions for a wide variety of reasons, some of which are seen as less ethical than others:


But the ability to know so much about an unborn child is likely to raise serious ethical considerations as well. It could increase abortions for reasons that have little to do with medical issues and more to do with parental preferences for traits in children.

This completely noninvasive procedure could become widely available at a reasonable price in three to five years. However,


“There are some scenarios that are extremely troubling,” said Marcy Darnovsky, associate executive director of the Center for Genetics and Society, a public interest group in Berkeley, Calif. The tests will spur questions on “who deserves to be born,” she said."

Interesting that Darnovsky phrases it that way: who deserves to be born. Doesn't this insinuate that she sees the fetus as a person already?


Use of the approach could lead to an increase in abortions because some parents might terminate the pregnancy if the fetus was found to have a genetic disease. But it is also possible that parents may be tempted to terminate if the fetus lacked a favorable trait like athletic prowess.

If one is pro-choice, why is this being cast a bad thing? Is it not their choice to make, their pros and cons to weigh, and their fetus to tweak? I find it interesting that the politically correct position seems to be to condone abortion if the fetus has a medical problem, but shy away from the idea of customizing a fetus or aborting if the fetus is not up-to-standard in looks, physical prowess, or personality.

As I've asked before, if one is pro-choice, what difference does the motivation for an abortion make, so long as the decision is voluntary? If anything, pro-choicers should be celebrating the increase in available choices.

The contradictory nature of pro-choicers aside, this new technology may reveal the humanity of the preborn in a more concrete way to people who still think of it as a "clump of cells." Hopefully people will also further investigate the reason behind their unease at the thought of the-fittest-survive (or by our hand be killed). This is, after all, what the pro-choice mentality allows: abortion as contraception, and, increasingly, as part of a human screening method.

It is my hope that trends in polls showing more people identifying as pro-life are a result of more widespread information and advancing technology which reveals the humanity of the unborn. Hopefully this genome sequencing will lead us further down that road, and not to a place where we no longer shudder (even if we aren't sure why just yet) at the thought of aborting because the fetus won't be a natural blonde.
Posted by LN at 7:47 AM

"[I]f one is pro-choice, what difference does the motivation for an abortion make, so long as the decision is voluntary?"

When you you libs understand the real sanctity of life?

By ballot or bullet, restoration is coming.

Genius. Threatening to kill people for not understanding the real sanctity of life. Are you even listening to yourself?

We'll see who the real genius is when Obama's socialism destroys the country and the only people left are the ones with the guns, the strength, and the faith.

Too can't feed a family with liberalism. Can't wait to see you atheist libs come running to god for forgivness. Don't turn to god now, you abandoned him when you forced a socialist president upon us.