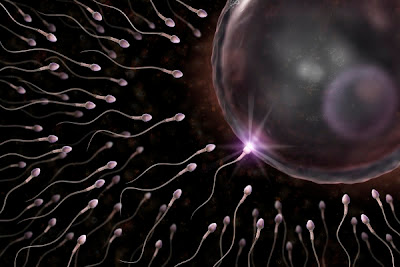 As TIME reports, researchers at the Centre for Reproductive Health at the University of Edinburgh have discovered a gene (Katnal1) that appears to be crucial to sperm production.  They found that mice with mutations in Katnal1 are infertile.  If a drug can be developed to target Katnal1, the drug could serve as a non-hormonal, reversible, highly-effective male contraceptive. (See the research here.)

Katnal1 controls a protein needed for sperm maturation; interfering with Katnal1 thus prevents proper sperm development.  A drug that causes this intervention would be the type of contraceptive that prevents fertilization, rather than implantation.  For many, including SPL, this is an important moral distinction.

Any method of reproductive control that doesn't involve taking human lives is a step forward.  Let's hope this research is fruitful, so our population doesn't have to be.
Posted by M at 9:31 AM

This is awesome. Most effective and energy efficient meds target genes and prevent transcription/translation. Just learned how this works. Especially cool that its reversible and doesn't harm anyone.