The ACA, Abortion, and the Election 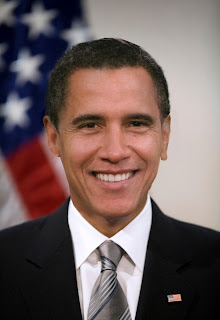 The Washington Times reports on reactions to the Affordable Care Act in terms of the abortion debate:

“Defeat Obama, elect Mitt Romney and repeal Obamacare,” David O'Steen, executive director of the National Right to Life Committee (NRLC), said in response to the high court’s 5-4 decision Thursday, which found the Patient Protection and Affordable Care Act constitutional under the taxation powers of the federal government.
“We have saved the Affordable Care Act … but the gains of women for 40 years are at stake,” Eleanor Smeal, president of the Feminist Majority, said Friday in Baltimore at the annual conference of the National Organization for Women. “We cannot lose this election … We must get out the vote,” she told her cheering audience.

Unsurprisingly, pro-lifers are associated with electing Mitt Romney, defeating Obama, and repealing the ACA.  Pro-choicers are associated with the opposite.  Gallup finds Americans are split on the Supreme Court's decision to uphold the ACA (46% agree, 46% disagree), but these views skew heavily along party lines (79% of Democrats agree, 83% of Republicans disagree).

I'm with those who want partial reform. We need to get the abortion funding provisions out of there. But there are parts of the legislation that I do like.

Since i've not made it my life's purpose to force pregnant women to be mothers, I support the ACA.

I believe that it is the duty of government to afford people education, security, and healthcare. That being said, the main reason I am against the ACA is because it is the largest expansion of federally funded abortions, but it is not the only problem I have with it. The mandate, I feel, creates dangerous precedent, potentially opening the door to other forms of expansive government coercion. It is one thing for government to provide me with healthcare through tax money, it is another thing for government to strip my right to not do something.I understand many of the arguments in favor of taxing those that impose a greater social cost on society, but there is a better way to do it. Believe me when I say that the "right not to do", "conscience rights", or whatever else you wish to call it will in the future dwarf the other issues people had with the ACA. Overall though I am happy the the USA is no longer the only modern country to not afford healthcare to its citizens.

I have my problems with the ACA on account of the mandate. I have no insurance, my work doesn't provide it, so I pay for dentist and doctor trips myself. Now on top of that I am going to be slapped with a tax, while I am not costing society. I would have much preferred a single payer option.

I am genuinely curious as to which provisions make it for free abortions. Does anyone have a link to what parts? That is not something I have uncovered past people simply saying that it will provide for more abortions.

The whole purpose of the mandate is to insure that healthy people are paying into insurance pools so that there are more than just sick people in them. That's the whole point. Saying that you don't like the individual mandate is saying that you don't like paying your fair share to insure that the healthcare system remains a viable, affordable service for the majority of citizens. Part of the reason that health care costs have been so high is because of the uninsured-- people like you, who would pay nothing into insurance, avoid paying for preventative treatments,tests, and doctor visits, and end up in the emergency room when something bad happened due to a lack of the former. If you think it's necessary to address the rising costs of health care in this country, it's a bit asinine to think that you may benefit while paying absolutely nothing for it. Perhaps you should join the occupy crowd who claims that they should be taxing the rich more and having them pay for everything.

If you're a man, you're already mandated to sign up for the draft. The ACA does nothing that's unprecedented, in terms of U.S. government exercise of power.

And, if you went to the doctor and found that you had a serious illness--treatable, but expensive to treat--would you be able to afford that? Or would the burden be on your family, or society?

The ACA does give a tax credit towards helping you afford insurance. And, if the business you work for is big enough, I believe the ACA will require them to offer insurance, as well.

And, of course, single-payer would've been preferable. There would've been a single payer option if the Republicans hadn't shot it down...

Occupy has been linked with multiple incidents of vandalism, rape, and violence. Anyone who objects to violence should have nothing to do with a movement that thinks preventing innocent people from going to jobs they choose to go to and destroying private property is a way to effect change.

Also, Yasser Arafat was gay and died from AIDS, the Dead Sea scrolls prove that Noah was born through extra-terrestrial insemination, and Hitler is alive and hiding in South America.