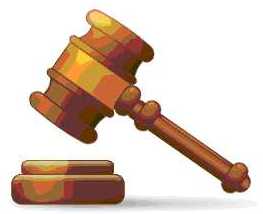 Recently I highlighted a story about a woman arrested for her self-administered (via RU-486) abortion; I then asked what you, readers, believe the repercussions should be for breaking the law if abortion were illegal.  In a case of coincidental timing, Live Action News also recently discussed the punitive implications of legally restricting abortion.

In the post, author Calvin Freiburger reacts to "a video of someone asking a small handful of pro-life demonstrators...if they think women who have abortions should go to prison. Most of them say 'no' and/or admit they never gave the question much thought."

Mr. Freiburger makes several points worth re-posting.  First of all:

That a few pro-lifers didn’t have coherent answers...doesn’t mean there isn’t an answer; if anything, it actually underscores that they’re motivated by the babies’ suffering, not desires to punish women.

Couldn't have said it better myself.

Additionally, I believe there are certain limitations in the abortion/murder comparison.  Mr. Freiburger articulates one of the differences quite nicely:


It’s important to recognize the legal and cultural context that distinguishes abortion from post-birth homicide, theft, rape, and just about every other crime: only abortion has decades of legal recognition and social celebration as a constitutional right, and pervasive misinformation about what its victim is – a propaganda campaign backed by a powerful industry, influential advocacy groups, forces at every level of government, one of America’s two main political parties, and scores of wide-ranging voices in our media, education establishment, and popular culture. It’s entirely appropriate to consider how pervasively abortion-seekers have been misled for so long when deciding whether to punish them.

In a collection of other pro-life opinions on the subject, Professor Matthew Franck also expresses the point well (emphasis added):


American women have been taught that their unborn children have no claim on them — mere lumps of tissue to be discarded if inconvenient. If the law is to recover its sanity, it will have to proceed by degrees, forbidding what it can and enforcing its prohibitions by the mildest punishments sufficient to achieve the desired results. Consciousness of abortion’s wrongness will not be rebuilt overnight. It is plausible that we could begin by reducing the number of abortions in America by 90 percent with zero jail time for any woman who obtains one. In a more just society a generation or two after Roe, further reductions might require stronger laws. But by then, such laws would once again be tolerable and recognized as just. Which is to say, the law must be prudent, not the product of sophomore logic.

If abortion were made illegal, do you think this incremental approach makes sense?
Posted by M at 8:37 AM

It's all about using social pressure. Much like how the civil rights movement helped stop segregation by making white people feel guilty about being racist, the pro-life movement needs to shame, scare, and duress women who think that its okay to murder innocent children. The legal system doesn't have to be a part of that. If we can make women fear the social isolation that would be a consequence of child murder (abortion) then that's all that is necessary. If a woman thinks it's okay to kill a baby then she deserves to suffer to the point that she wants to kill herself. That's the only way you can protect innocent life-- there I said it.

I think you are right, it is a social equation, but the act of an abortion is an inherently private thing. We can apply shame to the thief or the murder of the post-born because there is a story to it that cannot be hidden. Someone realizes the money is gone, or the person is gone. Nobody can record that the infant is gone if the mother keeps it a secret - which she can and often does.
Consequently, I think shaming the mother will only lead to backdoor options - women will become more secretive about pregnancy, perhaps do even stupider things, even increase the chance of a woman choosing an abortion because she will feel the need to address a pregnancy early on, before she shows. In a supportive, rather than shameful culture, a woman might wait and see, and the initial shock of an unplanned pregnancy will subside over time and help her readjust to her new reality and make a less knee-jerk type of reaction.
It isn't in the punitive that we need a cultural shift, it is in the affirmative. We do need people to see that connection, that a pre-born child is an innocent life. I'm as in the dark as anyone as to how to accomplish that though.

You honestly think that bullying someone until they kill themselves is something that you agree with? What? Did you go to school in Michelle Bachmann's district?

New laws seem unnecessary. Look at the fraud alleged at Planned Parenthood, the failures to follow laws regarding surgical centers or hospital privileges, and the abortionists who have delegated abortions to nurses. How about enforcing the existing laws?

The first posting for this thread by "Anonymous" is a troll post. Instead of addressing the post, he/she spreads hate.

This is an obvious troll post. Woman who have had abortions need love and support. There are many post abortion support groups out there who offer help to hurting woman.