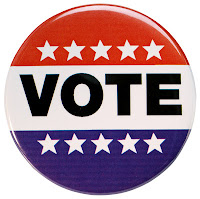 The Washington Post suggests that it would be controversial for Mitt Romney to pick Condoleezza Rice as a VP candidate due to Rice's "mildly pro-choice" views.  Rice has previously stated she supports parental notification and is against late-term abortions (as are most Americans).  However, regarding Roe v. Wade, Rice has said, "I have not wanted to see the law changed because it's an area that I worry about the government being involved in."

Though Romney has not yet picked a VP candidate, some pro-life groups are already objecting to Rice, should she be picked, because of her stance on abortion.  However Rice has previously indicated no interest in the VP candidacy.

Regardless of who Romney picks, or whether you intend to vote for Romney, Obama, or someone else, what do you think of this emphasis?  Where does abortion weigh in on your decision when voting?  Do you consider yourself a "single issue" voter because of abortion?  Or is abortion one of many issues you weigh, and if so, how heavily do you weigh it compared to other issues?
Posted by secularprolife.org at 10:28 AM

Innocent life is THE ONLY REASON i vote. There is genocidal murder happening in this country and the only way to stop it is to vote these socialist eugenicists out. If Condi Rice becomes VP theres no hope for the republic.

It is worthy to take the stance that defense of life and living should be the main function of the government, but that is a lot larger a spectrum than simply abortion or no. I vote for the candidate who I think will best safeguard all life, in and out of the womb, and make the best choices so that before, or after we are born, the best life can be lived. Millions of babies are aborted, and that is bad. But so is the fact that we are poisoning the water of people who had not been aborted in southwestern PA, WV, WY, etc. We are causing increased rates of cancer which lead to more death. Isn't that worthy of fighting against as a pro-lifer? We send our sons and daughters needlessly into wars that have no purpose. Isn't that worth fighting against as a pro-lifer? Kids who grow up in bad neighborhoods with poor educations and limited opportunities often die through drugs and gangs. Isn't that worth fighting for as a pro-lifer?

Yes, the litmus test of "Does it safeguard life?" is a good one for selecting a candidate. It is important to recall though that this question is applicable to many different policies. In my opinion, neither candidate has a very good scorecard on safeguarding life - they both abjectly allow practices that harm the lives of the post-born and pre-born (Keep in mind Romney was pro-life in MA - He flops to get votes). My dream candidate is a progressive, pro-lifer, but then I might as well be asking for the moon.

If it's not Republican its not true pro life. You need to learn to accept that conservatives are the only real hope for this country. I can't wait to vote for Mitt Romney! We need to get this Obama out of office to save the country from abortion and socialism.

Oh please. There are very few actual pro-life conservative politicians. More than half of the country doesn't want to see the complete reversal of RvW so they knew their job is on the line there. Anyway, I am NOT a conservative! Unlike some of the pro-lifers I can't stomach, I DO care about what happens to the baby and mother after birth.
And I'm pretty fond of socialism (not communism)

If you support socialism then youre part of the problem with this country. please for the love of all that is alive please dont vote for that Kenyan socialist. Rmoney is the only hope for real change in this country.