"Actually, I Think Men Should Have An Opinion About My Uterus" 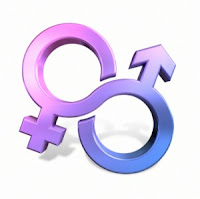 The Huffington Post's Carla Naumberg writes about why she believes men should have a say in reproductive policy.  Given that Carla describes herself as "unabashedly pro-choice" I'm sure there's much she and I disagree on, but I thought she was spot on here:


Most men, however, are not rapists and do not support rape. Most men are sons and brothers and fathers and friends; not only do they love the women in their lives, but they would go to great lengths to protect them. Their daily lives and very existence are deeply and inextricably intertwined with women around them. Including the men whose values don't align with mine.

These men deserve a place at the table, if not a veto, then at least a vote.

It's nice to see someone from the pro-choice side agree that men should have a say, something I've touched on before.

if a woman gets 100% of the choice of whether the fetus "becomes" a baby then the man is totally free to claim no ownership of the baby. No choice no support I say.

I don't know, Nicky. With all due respect for you and your opinion, if I were tof ind out I had a baby on the way, I would want to support him or her, whether I got a voice in his or her fate or not.

Not that it's going to happen. I've figured out what causes the baby thing and I'll keep that activity within my marriage. But still, I think even when I was younger and sowing my oats, so to speak, I would have been responsible enough to want to help support any baby I had fathered.

Scott, I agree with Nicky. I think you may have misunderstood what he's saying. He's saying if it's completely the woman's choice, then the man should be able to walk away without having to pay child support. It's unfair (and we can argue, sexist) to claim that the woman can either keep the child or abort it, thereby not having to take any responsibility, but not give the father any say and require him to pay child support if he decides to walk away and not father the child.

I personally believe that both the woman and man are responsible for the child's creation, so both should take responsibility. If the father is going to be a deadbeat, he should be required to pay child support the instant the woman discovers she's pregnant.

I walked by the PP in Boston today on my way into the office.

There was a gentleman standing outside with a sigh that read 'Men Regret Lost Fatherhood'.

I am sure that is true in some cases. Made me feel bad for the sign holder, wondering if he is one such man.

My mother is a woman, so I'm half woman myself!

It's a bit misleading to say there is any sort of agreement here.

The pro-choicers believe that men should have a say in the matter because the pregancy should come to term only if both parents approve. The pro-lifers say that an abortion should be ended if the father doesn't want it. If the father wants veto power over an abortion, maybe medical technology can make it possible for an embryo to gestate in an artificial male uterus.

That would be awesome.

And, even if she was intending to include, to some extent, the conversation at a personal level, she clearly says that men get "a vote," not "a veto." So they have a say, but they do not get the final say. After hearing him out and considering his words, if the woman wants an abortion, she gets it, and if she wants to carry to term, she does. Her body, her choice. But that doesn't mean he doesn't get to voice an opinion and have it heard out.

It might feel "unfair" to have to pay for the upbringing of a child you didn't want, but once the child has been born, you can't morally leave it to suffer merely from a sense of "unfairness." Child support is for the life and well-being of your child.

Biology forces the fetus to germinate in the woman's body, and doesn't treat her "fairly" in that. Until we can alter that intrinsic lack of equality, until we can transplant the fetus to a neutral location, it cannot be called just to give the male partner an equal vote on the issue. (I agree with Naumburg that men should be allowed to have their say. But not an equal vote, not a veto, over a woman's body.)

In any case, if we altered the law, you'd just end up supporting the child (and everyone else's children) on welfare, anyway. And there'd probably be a lot more of them, too: if young men weren't worried about having to support a potential by-blow, even fewer of them would agree to (much less insist on) condoms.


Short of pushing people around though, there's no reason someone can't make a valuable contribution to the discussion, regardless of the configuration of their reproductive organs.