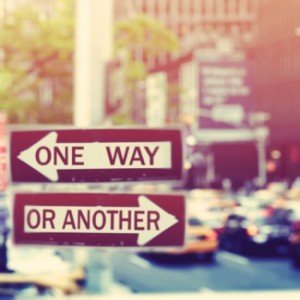 The Boston Globe's Jeff Jacoby points out that most Americans' views on abortion don't fully align with either Republican or Democratic party platforms:

Only about 1 in 5 [Americans] ever say that abortion should always be illegal. When asked directly whether abortion should be permitted if a pregnancy results from rape or incest, huge majorities — usually around 75 percent — say yes.
Moreover, only a minority of Americans favors amending the Constitution to end legalized abortion or overturn Roe v. Wade. In poll after poll, about 6 in 10 Americans express support for Roe. A GOP platform that endorses a human life amendment conferring on the unborn “a fundamental individual right to life which cannot be infringed” — essentially a call to ban abortion, period — thus embraces a position that significant majorities of the public do indeed reject.
So Republicans are the extremists on abortion? Not so fast.
If you’re like most Americans, you believe that abortion is morally wrong. You oppose abortion on demand. You think abortion should be legal only in certain circumstances. Even then you favor restrictions on its use, including 24-hour waiting periods, parental consent in the case of a minor, and requiring a married woman to notify her husband before she gets an abortion. You want late-term abortions to be prohibited, and you reject using public funds to pay for anyone’s abortion.
Does the Democratic Party uphold these mainstream positions? On the contrary: It rejects every one of them.

Jacoby draws these conclusions from a "compilation of decades of polling data" entitled "Attitudes on Abortion."  The report's summary states,


Although opinion about abortion is stable, it is also deeply ambivalent. Americans are at once pro-life and pro-choice. On the one hand, substantial numbers tell the pollsters that abortion is an act of murder. On the other, they say that the decision to have an abortion should be a personal choice. Those two views are fundamentally contradictory, yet many Americans hold them within themselves. They see no reason to resolve the tensions in their own positions. They believe in the sanctity of life and in the importance of individual choice.

How is it possible for so many people to essentially believe that an act of murder should be a personal choice?

Perhaps it's because, as the report explains, some 90% of Americans have never been active in the abortion debate.  Those of us who have argued about this ad nauseum have been pushed to look further into legal precedents, philosophical perspectives, and so on.  Hopefully we've also been compelled to consider the inevitably complicated ramifications of abortion policy proposals (whether to restrict abortion or maintain the status quo).  In contrast, I imagine the topic of abortion--much less all the details it can involve--come up relatively rarely for most people.

I'm curious to know the average American's "abortion literacy." What do people believe our current abortion laws permit and restrict?  How often do they believe the hard cases (i.e. life-threatening pregnancies or pregnancies resulting from rape) occur?  What resources do they think are available to women with unplanned pregnancies?  Why do they think women choose abortion?

How close are the average American's expectations to reality?  If most people were as informed as those active in the abortion debate, how would that affect popular perspective on abortion?
Posted by M at 8:05 AM

I am particularly interested in the term "abortion literacy". This is all very intriguing food for thought, here. Thanks for writing/posting.

So have you guys given up on peddling that gallup poll data that said the majority of americans identify as pro life to support your point that all abortions need to be completely illegal even in cases of rape? I really liked that talking point.

You're falling behind, troll. We've had two posts in the last week alone saying there should be a rape exception. Keep up, now.

Nice lie but you've been caught.

To delve into the recent poll results, check out:

This demonstrates that a majority of Americans (52%) are pro-life to a certain extent, saying abortion should be legal in a few circumstances (37%) and illegal in all circumstances (15%).

I would guess the 'few circumstances' include: rape, incest, life of the mother, although the poll does not decipher.

This in encouraging, as <1% of abortions are due to rape and only a few percent due to 'life of the mother'.

As for the 'troll', he/she must be so upset that >50% of Americans lean towards mainstream pro-life views.

The very first line from your link:

"[Today's post is the second in a point-counterpoint debate. See the previous post for an argument in defense of the rape exception.]"

Hard to argue SPL wants to make abortion illegal in every case when SPL so openly debates whether that even makes sense.

Gotta love trolls who don't read their own links. Begone troll, and let the constructive pro-choicers do their work without you getting in the way.

Really great post, really something to consider. The abortion debate is so toxic that "civilized" conversation doesn't really want to approach it. I suspect contributes to the mixed feelings of Americans.

You guys are so against the rape exception that Timmerie Millington gets to post divisive partisan tea-party BS on your blog! isn't that something?

Anonymous troll accuses another poster of being divisive, that's cute.