Shooting at ProLife Office in D.C. 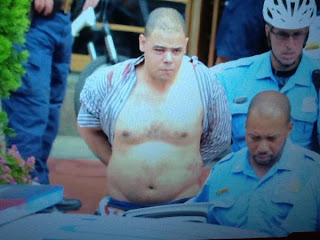 Early yesterday morning a young man from Virginia, posing as an intern, shot a security guard at the Family Research Council office in Washington D.C. The guard’s name is Leo Johnson and he was let out of surgery late last night and is doing well. Leo took a bullet to the arm as he, along with others guards, apprehended the shooter named Floyd Lee Corkins II.

According to an FBI intel report, the shooter was carrying “a Sig Sauer 9mm pistol, two additional magazines loaded with ammunition and an additional box of 50 rounds of ammunition when he came into the building”.

According to reports Floyd said before shooting, “I don’t like your politics”. 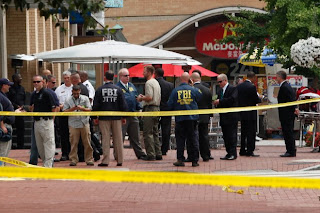 While yesterday was an eventful day to say the least, the widespread support from pro-life advocates across the world for the Family Research Council has been wonderful to see. Mainstream media hardly covered the shooting with only small clips on one or two of the main news channels.

Mitt Romney was quick to respond to the shooter and said, “I am appalled by the shooting today at the offices of the Family Research Council in our nation’s capital. There is no place for such violence in our society. My prayers go out to the wounded security guard and his family, as well as all the people at the Family Research Council whose sense of security has been shattered by today’s horrific events.”

Furthermore, President Obama responded hours later, after regular business hours by saying,
“this type of violence has no place in our society.”

My thoughts go out to the Johnson family as Leo recovers. May we all continue to support this family after Leo Johnson’s heroic actions of protecting the staff at the Family Research Council.

The pro-choicers are incompetant when it comes to violent terrorist attacks. They didn't even manage to kill a single high profile individual. The pro-lifers are much better at taking out thier targets.

The pro-abortionists are excellent at taking out their targets, at a rate of approximately 1,300,000 per year.

Apparently Jeff Klines thinks that violent attacks against abortion providers is justified. The skeletal hands rise from the graves of Matthew Sheppard and George Tiller to give you the finger. Next time you think about shooting up an abortion clinic, do the world a favor and shoot yourself instead.

More violent rhetoric from a pro-abortionist. Big surprise. Someone who hates pre-born children with such venom is going to hate those who work to protect them all that much more.

Where the poor shot up security guard and "anonymous" to meet, instead of raising his proverbial finger, I'm sure the security guard would smile and forgive him for his hate.

I gather you are a pro-lifer in disguise, working to demonstrate the misery, hate and violence of pro-abortionists.

As far as I can tell, the shooter was motivated by FRC's anti-gay agenda,and not any abortion related politics. I'm not sure of SPL's stance on gay marriage, but this isn't really relavant info on an abortion website. Perhaps instead it should be on secular anti-gay marriage.com

SPL's post about the shooting has nothing to do with FRC's view on gay marriage. That topic is irrelevant to the abortion issue.

FRC is pro-life and against euthanasia. You can do some research here.

However, I am sure you already knew FRC's stance on the abortion issue and are just trolling for fun.

He never said it was ok to kill abortion providers. You're twisting his words with that accusation. What he was pointing out was that the pro-abortion people kill more than the pro-life people do. No one insinuated that any of it was ok.

Timmerie millington's post heavily implies that the FRC shooter's greivance was linked to the fact that he was "pro choice" and not because he opposed thier views on gay marriage. Why does SPL allow it's contributors to send mixed messages like this? If you're a geniunely secular pro-life site, like you claim, you'd be interested in distancing yourself from support from groups that are trying to ban equal rights for LGBT americans. Instead, this site appears to support FRC and it's political agenda.