Abortion and a Flawed Brain-Life Theory

Tracking Baruch Brody’s view, brain-life theorists claim that in order to be fully human, a being must possess properties “such that their loss would mean the going out of existence (the death) of a human being” (Brody 1975, 102). The property of being human, they argue, is human brain function. J. Savulescu, for example, contended: 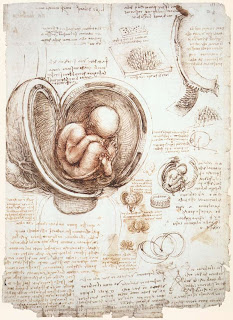 Brain-life theorist John M. Goldenring¹ concisely put it this way: “Whenever a functioning human brain is present, a human being is alive.” (Goldenring 1985, 200).

Before acquiring this property, brain-life theorists say, a fetus has not yet come into existence; killing it is not like killing an existing human being. Thus aborting a fetus before it acquires brain function is morally permissible. In this article, I contended that this criteria, which “rests in symmetrical view of the beginning and end of human existence” (ibid. 202), defended by Brody, Goldenring and Savulescu, is deeply flawed.²


Brain death is declared when brainstem reflexes, motor responses, and respiratory drive are absent in a normothermic, nondrugged comatose patient with a known irreversible massive brain lesion and no contributing metabolic derangements. (Wijdicks 2002, 20)

Though I disagree with Peter Singer’s stance on the issue of abortion, I do share his verdict on this view. He correctly concluded that this view is a “convenient fiction that turns an evidently living being into one that legally is not alive. Instead of accepting such fictions, we should recognize that the fact that a being is human, and alive, does not in itself tell us whether it is wrong to take that being’s life.” (Singer 1994, 105)

Bibliography:
Brody, Baruch (1975) Abortion and the Sanctity of Human Life: A Philosophical View. Cambridge, MA: MIT Press.
Goldenring, John M. (1985) The brain-life theory: towards a consistent biological definition of humanness. Journal of Medical Ethics Vol. 11:198-204
Marquis, Don (1996) Abortion. Appeared in Donald M. Borchert (2006) ed. Encyclopedia of Philosophy 2nd. Thomson Gale.
Savulescu, J (2002) Abortion, embryo destruction and the future of value argument. Journal of Medical Ethics. Vol. 28: 133-135
Singer, Peter (1994) Rethinking Life & Death: The Collapse of Our Traditional Ethics. New York: St. Martin’s Press
Wijdicks, Eelco F.M. (2002) Brain death worldwide: Accepted fact but no global consensus in diagnostic criteria. Neurology Vol. 58:20-25
Varga, Andrew (1984) The Main Issues in Bioethics. 2nd ed. NY: Paulist Press.
________________________________________
[1] Goldenring believed that 8-week-old fetus has EEG activity. He boldly asserted, “one cannot advance any logical argument to show that that fetus is not a living human being”(199) from a medical point of view after brain activity.
[2] One could also argue brain-life theory, as defended by Brody, Goldenring and Savulescu, mistakes the qualitative identity of a developing human being with the numerical identity of being a human being.
Posted by secularprolife.org at 7:39 AM

Nice article. As a minor follow-up, human beings are dead when they no longer function as a living organism. Once we have a brain, this occurs when we have "irreversible loss of brain function". We cannot function as an organism once this occurs. However, before we have a (functioning) brain we still function as a living organism, processing nutrients, growing, building our body and organs (including our brain), responding to stimuli (we can even heal ourselves at this stage), maintaining homeostasis, etc., which are the biological requirements for being classed as a living organism. Since our parents were human, at this pre-brain, post-conception stage of our lives, we are a full member of the human species.

Nice article and follow up point. I do find it strange that Savulescu thinks its a person after 20weeks. Given the usual abortion related personood accounts this doesn't start until way after birth. Infants don't usually pass the mirror test until around 18months & active desires for future existence until much much later.

I hadn't actually considered reincarnation as a thing in abortion supporters. That is a FANTASTIC point and one I'm going to remember.