A Brief History of Pro-Life Medicine

[Today's post by Sarah Terzo is part of our paid blogging program. Sarah is a pro-life atheist, a frequent contributor to Live Action News, and the force behind ClinicQuotes.com.]

Recently, Live Action ran two articles about the stigma that abortion providers face from other doctors in the medical profession. In one article, late-term abortionist Susan Robinson says:


Being an abortion provider is very stigmatized. Other doctors look down on you and think of you as like the lowest of the low. 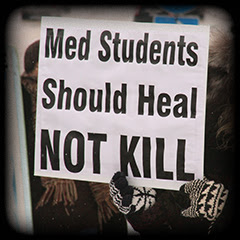 In the other article, retired abortionist Robert Livingston described the chagrin of his children, who were doctors, when he spoke about writing his memoirs:


Livingston said he thought the stigma of being an abortion doctor is greater now than it was in the 1960s and that public opposition is stronger than he’s ever seen — including during the 1970s, when his office was surrounded by protestors on a daily basis… and when he broached the idea of writing an autobiography with his children, they asked him not to because they worried it would ruin their medical practices (they’re all doctors) and anger some of their anti-choice spouses.

Stigma aimed at abortion providers has been prevalent in the medical profession for many, many years. In 2005, Frederick N Dyer wrote The Physicians’ Crusade Against Abortion, a book which quotes from many pro-life papers and articles written by doctors from the mid-1800s to the early 20th century. Abortions were illegal at the time, except to save the life of the mother, but they were still being performed in secret by midwives and doctors as well as by unscrupulous nonmedical providers. Dyer maintains that abortions were actually common, particularly among married Protestant women who did not want more children. However, back then, it was the medical profession that led the pro-life fight.


What language can express the utter baseness of that man, whose education has been that of a physician, whose standing in society is that of a physician (a word, which should be held by every man in the profession as synonymous with honor, honesty, integrity, and an earnest, single hearted purpose to preserve human life) what shall we say of such a man, dishonoring his profession, making it a stench in the nostrils of society, debasing his own conscience, by becoming a murderer? Stimulated to murder by no hot and fiery passion, he breaks the 6th commandment for what? For greed! He sells his own soul; he demoralizes all with whom he comes in contact; he sells that boon which no wealth can buy, for 30 beggarly bits of silver. May the doom of the arch traitor fall upon him! “Let his days be few, and let another take his office, – let his posterity be cut off; and in the generation following let their name be blotted out. (1)

The Committee on Criminal Abortion, initiated by pro-life doctors, researched the number of illegal abortions being performed and analyzed the effectiveness, or lack of, of antiabortion laws. The goal of the committee was to reduce the numbers of illegal abortions taking place. Their 1871 report minced no words:


… he [the abortionist] stands by the bedside of his victim, with poisoned cup or instrument in hand, ready to proceed to the work of destruction. Does any compunction assail his corrupt soul, as he gazes on the field of his labors? Does he measure the extent of the foul deed he is about to commit? Or does he not fear that the uplifted hand of an all avenging God will suddenly fall on his guilty head? No; Judas-like, he solaces himself with the prospect of 30 pieces of silver, and this forms the climax of his aspirations! (2)

In late 19th century, medical societies across the country publicly condemned abortion even while some physicians secretly performed hundreds of them. William Henry Parish wrote an article in the Medical and Surgical Reporter saying the following:


The medical profession looks upon this crime as one of the most heinous, and as closely allied to infanticide. He who is believed guilty of such a crime could never be received into membership in this or any other medical society; or if a member should so far forget his high calling to be guilty of this crime, his expulsion would quickly follow upon the presentation of adequate evidence of his guilt. (3)

There were few physicians calling for unrestricted abortion in the early 20th century. It was not until many years later, when abortion laws would be challenged and doctors would begin performing abortions more openly. While the American Medical Association now supports legalized abortion, pro-life sentiments in the medical community have a long tradition and may run more deeply than the public is led to believe.

Great post. Do you know where one can read about the changes in the medical community that led to support for abortion in the 20th century?

It always cracks me ups when I hear feminists comparing themselves to Susan B. Anthony, Jane Addams and the like in their crusade to let women legally murder their children. They're usually shocked when I tell them that nearly all early feminists were staunchly pro-life. They recover by saying, well, all the forefathers owned slaves. What do I say then?

Illustrate the parallels between owning slaves and aborting children.

Many of us know that Bernard Nathanson used to perform abortions—until he saw the light. I think he was also one of those who made up pre-1972 abortion figures for the Guttmacher Foundation, which used to be tied to Planned Parenthood and is still in line with PP's goals.

57 percent of current abortion providers are over the age of 50.
This is something to be praised. No wonder California passed that law allowing PA's to do abortions.

"57 percent of current abortion providers are over the age of 50."

Interesting. Do you have a source for that statistic?

Yes, but you are *not* comparison yourself to the Founding Fathers (are you?). They, on the other hand, *are* comparing themselves to the early feminists, which is a misleading and/or dubious comparison (due to the points raised here).

Also, if you're interested, you can mention an extremely racist speech which Lincoln gave in 1858 (I can provide it for you if you are interested) and talk about how FDR put Japanese-American U.S. citizens in internment camps if someone compares himself/herself to Lincoln and/or to FDR.