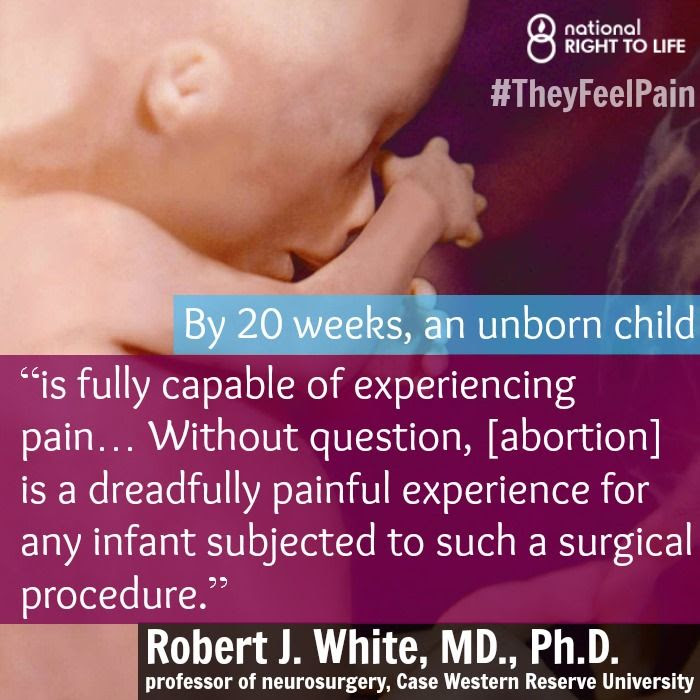 [Today's guest post by Roger McCormack is part of our paid blogging program.]

The tragedy that is late-term abortion recently received the approbation of the U.S. Supreme Court. A case pertaining to Arizona legislation banning abortion at 20 weeks, which the Ninth Circuit subsequently struck down as unconstitutional in Isaacson v. Horne, illustrates the increasingly empirical claims refuting orthodox pro-choice assumptions.

New insights in embryology exhaustively document the ability of a fetus to feel pain as early as 16 weeks, and offer evidence that the effects of late-term abortion on the health of the mother are adverse. The District Court that first heard the case ruled that a ban at 20 weeks was permissible due to “substantial and well-documented evidence that an unborn child has the capacity to feel pain during an abortion by at least 20 weeks gestational age,” as well as finding that “the instance of complications (to the health of the pregnant woman) is highest after 20 weeks of gestation.” Arizona’s legislation carved out exceptions for significant health risks or threat to the life of the mother. But the Ninth Circuit reversed the District Court, and only the intervention of the Supreme Court could restore the legislation.

The Supreme Court, in refusing to enter the fray, implicitly surrendered to prevailing abortion rights principles, irrespective of scientific claims. That late-term abortion entails sadism, the willful knowledge that a fetus undergoing the procedure will feel significant pain, further condemns the Court's negligence. A disturbing corollary is the notion that Roe v. Wade is unassailable; an apogee of legal reasoning that belies any attempts of reform.

The inability of abortion rights advocates to grapple with the knowledge of what late-term abortion actually does further suggests a logical, moral, and philosophic weakness. For example, Amy Davidson of the New Yorker wrote:


Some states have tried to justify early bans by pointing to a state interest in preventing fetal pain; the science is much disputed there, but this is a field that anti-choice activists and legislators are actively pursuing. (The appeals judge in the Arizona case noted that, were it an issue, it could be addressed with an anesthetic, but that is a logical answer to an emotional appeal.)

The callous admission that a fetus can merely be treated with an ‘anesthetic’ offers a incisive look into pro-choice logic. Failing to contend with fetuses that have suffered pain, or are currently suffering pain, Davidson places the burden of proof on pro-life advocates. Why should the onus be on those who seek to prevent an act of violence? Does not the inverse require an incontrovertible burden of proof? While the scientific evidence is far from nebulous, the slightest chance of pain being inflicted should require a Supreme Court hearing. The inexorable logic of this could easily lead to arguments advocating for the use of aesthetic before killing a newborn baby, but that would be to betray emotion, forbidden in the realms of cold "logic".

Furthermore, the stipulation of viability as the sole threshold for impermissible abortion, in Roe v. Wade, did not stop the court from deciding in Gonzales v. Carhart to uphold a ban on partial-birth abortion. Justice Anthony Kennedy wrote, “The court has given state and federal legislatures wide discretion to pass legislation in areas where there is medical and scientific uncertainty.” The court should have decided to take up this mantle again, and refuse to let pro-choice obscurantism win the day.
Posted by secularprolife.org at 7:23 AM

I find it ironic that Ms Davidson is calling it (the ban on abortion when the fetus can feel pain) an "emotional appeal". So, it's ok when the pro choice side tries to make emotional arguments but not when the pro life side does; and ours are based on facts, not proganda.

I am referring to the outcry regarding the Abortion Insurance Opt out Act/Bill that was passed in Michigan recently. Despite the fact that all it did was take the original mandatory abortion coverage (which did not discriminate between rape and consensual sex, merely covered abortion in general) out and make it a rider, suddenly pro choicers were upset, claiming it made them think about rape and coining it 'rape insurance'.

No one can control what you think but you. With fetal pain, that is not opinion, that is FACT. While there is argument about exactly WHEN a fetus feels pain (and I think different humans can develop at different rates, just how we all hit puperty at slightly different rates) it has been proven that they can at some point and will move away form the source (such as an abortion instrument touching them).

So, nice try on trying to make pro lifers look over emotional Ms. Davidson Maybe some of us are, or can be when pushed to far and when facing those that have complete disregard for human life. But the other side has those types of people too.

SummaryWhen and how infants begin to discriminate noxious from innocuous stimuli is a fundamental question in neuroscience [1].
However, little is known about the development of the necessary
cortical somatosensory functional prerequisites in the intact human
brain. Recent studies of developing brain networks have emphasized the
importance of transient spontaneous and evoked neuronal bursting
activity in the formation of functional circuits [2,3]. These neuronal bursts are present during development and precede the onset of sensory functions [4,5].
Their disappearance and the emergence of more adult-like activity are
therefore thought to signal the maturation of functional brain circuitry
[2,4].
Here we show the changing patterns of neuronal activity that underlie
the onset of nociception and touch discrimination in the preterm infant.
We have conducted noninvasive electroencephalogram (EEG) recording of
the brain neuronal activity in response to time-locked touches and
clinically essential noxious lances of the heel in infants aged
28–45 weeks gestation. We show a transition in brain response following
tactile and noxious stimulation from nonspecific, evenly dispersed
neuronal bursts to modality-specific, localized, evoked potentials. The
results suggest that specific neural circuits necessary for
discrimination between touch and nociception emerge from 35–37 weeks
gestation in the human brain.

Your logic is faulty. Unlike a newborn baby, cutting the cord of a fetus would cause asphyxiation, and that would probably cause pain.

And pain shouldn't be the sole issue anyway. Killing an innocent person is wrong even if done in a way that they can't feel it.