A while ago, I wrote a post on encouraging more secular participation in the pro-life movement and asked readers to give their ideas on how we might increase religious diversity. Thanks to everyone who gave feedback. Here are a few suggestions. Feel encouraged to add more in the comments section, or email us (info@secularprolife.org)! 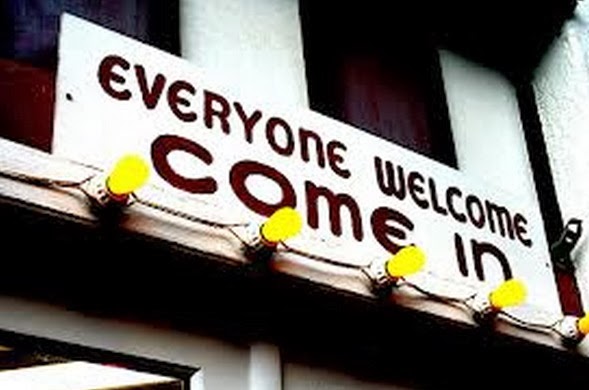 I am an active Mormon, so my religious beliefs are a factor in my being pro life. I would still be actively pro life, however, whether I was a member of a religious denomination or not. I am happy to stand with whomever is standing at pro life activities -- and, if prayers are being offered, I will pray with whomever is praying (which I have done several times). I have have enjoyed the blossoming of inter-religious respect and friendships at pro life gatherings. Unfortunately, I have also experienced the alienation and "turn off" from people who are all-too-quick to "evangelize" and look on me as a "project" to be saved.

Yes - good rules for how to manipulate people. Did you learn these from the religious?

Good list! The pro-life movement needs to be more inclusive of nonChristians and non-conservatives, and I admire the work that Secular Pro-Life is doing towards that end.

The only thing I disagree with is the idea that people shouldn't talk about their faith unless they're asked about it. Religious beliefs are fundamental to who I am as a person, and if I'm not evangelizing, then I'm simply not following my faith :)

However, I do agree that pro-life events and organizations should be primarily about ending abortion, and not about evangelism. In order to end the evil of abortion, people of all religious beliefs need to unite.

I am a pro life queer Christian. My religious beliefs lead me to support abortion and contraception as human rights.

I think Jewish law speaks to my views about abortion. These are also the rules that Jesus followed:

Jewish law not only permits, but in some circumstances requires abortion. Where the mother's life is in jeopardy because of the unborn child, abortion is mandatory.

An unborn child has the status of "potential human life" until the majority of the body has emerged from the mother. Potential human life is valuable, and may not be terminated casually, but it does not have as much value as a life in existence. The Talmud makes no bones about this: it says quite bluntly that if the fetus threatens the life of the mother, you cut it up within her body and remove it limb by limb if necessary, because its life is not as valuable as hers. But once the greater part of the body has emerged, you cannot take its life to save the mother's, because you cannot choose between one human life and another. - Judaism 101

Abortion is a human right. You are not pro life if you support criminalizing abortion. You are pro death.

According to WHO, unsafe abortion is one of the three leading causes of maternal mortality, along with hemorrhage and sepsis from childbirth.
http://www.guttmacher.org/pubs/gpr/14/2/gpr140224.html#1

Want to do something real for women and their children? Do something about the fact that the USA is 50th among the nations in maternal mortality and it is getting worse.