Brat Fest is an annual festival that takes place in Madison, Wisconsin every year to raise money for charity. One of the speakers invited to this year's festival was Bob Lenz.

I do not know Bob Lenz, but apparently he's a Christian who is involved in suicide prevention work. Good for him. Seems like an appropriate person to feature at a charity event.

But he's also involved in a pro-life group called Save the Storks, and for that reason, NARAL campaigned to have him removed from the Brat Fest program. Brat Fest caved.

Save the Storks "sponsors 'Stork Buses,' vehicles which park in front of abortion clinics offering ultrasound exams in an effort to divert women from terminating pregnancies." Save the Storks is actually one of several pro-life groups that offer free mobile ultrasounds. NARAL's characterization of this practice is ridiculous:


In an interview on Monday, [Lisa] Subeck, a former executive director of NARAL Pro-Choice Wisconsin, said that Lenz's promise not to address abortion was irrelevant. Giving him a prime speaking slot at the event would still serve as a tacit endorsement of his activities with the Stork Bus, she said.

She compared it to inviting prominent anti-gay activist Fred Phelps of the Westboro Baptist Church to speak on a topic besides homosexuality.

“Bob Lenz not only speaks out about his personal beliefs, but as a leader in the Save the Storks bus tour program, he participates directly in the interference of access to women's health care,” she wrote in the letter [calling for Lenz's removal].

Lest you're inclined to be charitable and suppose that Subeck is only a former NARAL executive and doesn't necessarily represent NARAL's views, here's what NARAL had to say on facebook: 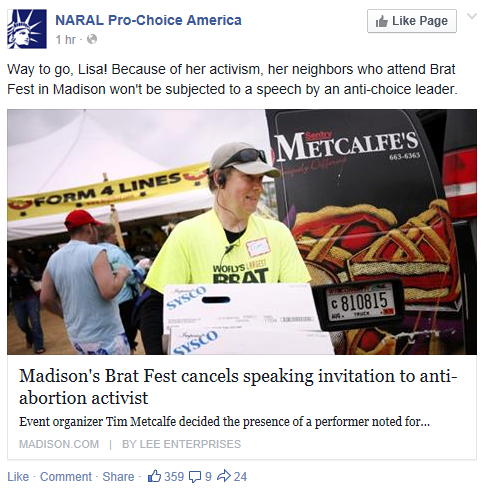 And what about the neighbors who wanted to hear him? Abortion advocates once again fail to embrace actual choice.

I'll close with one of my favorite quotes, which NARAL would do well to heed: 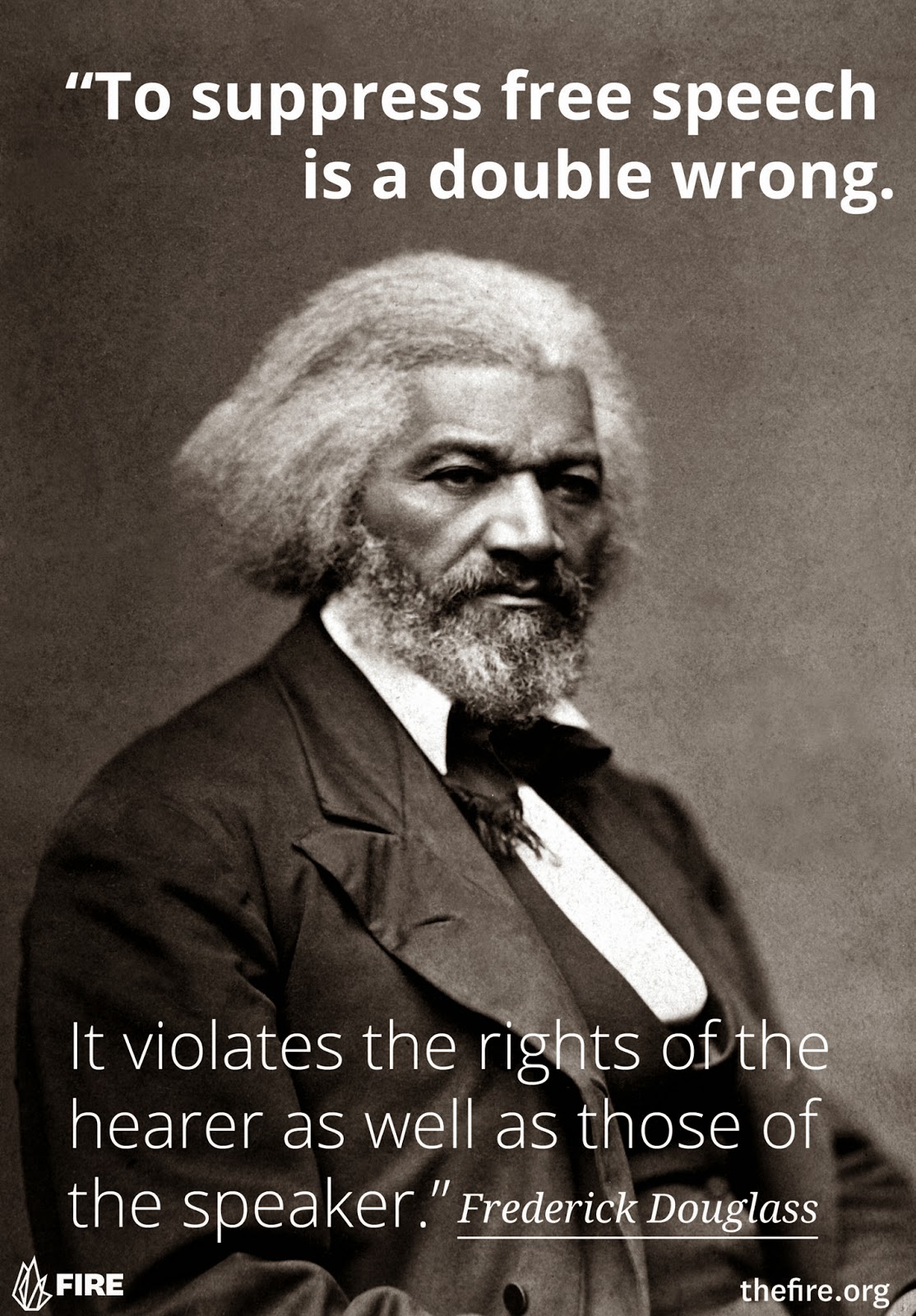 Posted by secularprolife.org at 9:24 AM

Email ThisBlogThis!Share to TwitterShare to FacebookShare to Pinterest
Labels: NARAL