[Editor's Note: If you have had an abortion and are dealing with the psychological aftermath, please visit AbortionChangesYou.com for free, non-judgmental peer support through this difficult time. If you are experiencing the desire to harm yourself, skip the website and call 911 or 1-800-SUICIDE immediately.]

Tomorrow, abortion advocates plan to flood twitter with an #AbortStigma hashtag, which is exactly what it sounds like. The originators of the hashtag claim that post-abortive women have been "silent," and that they want to "discard the horrors pro-lifers have painted in our absence." The reality, of course, is that the pro-life movement has not silenced post-abortive women, but has amplified their voices; abortion advocates just don't like what these most vocal women have to say (although the official website does concede that regret is at least possible).

More activists are hopping on the bandwagon and intend to use the hashtag to advance the opinion that no one should ever express disapproval of abortion. That's a pretty extreme view, one that I don't think is even shared by most pro-choicers. But it's out there, and pro-lifers naturally plan to chime in with the very legitimate reasons abortion is stigmatized. Abortion isn't just one choice among many; it's a choice that kills someone. Which, of course, is why many post-abortive people experience guilt and regret. "Destigmatizing" abortion by treating it as just another medical procedure belittles the very reasons women "suffer in quiet solitude."

So that's that. But allow me to suggest a secondary theme in the #AbortStigma discussion: we have a responsibility, as pro-lifers, to end the stigma of young and unwed parenthood. Although acceptance is growing for unmarried cohabitation and non-traditional family structures, many pregnancies remain subject to near-instant condemnation. Sixteen? Struggling with substance abuse? In college? "Don't ruin your life with a baby."

I'd be remiss if I didn't point out the role that religion plays in this. Some religious schools have a policy of kicking out students, and even teachers, who become pregnant outside of marriage. I can't think of a better way to perpetuate abortion. If people of faith are reading, I urge you to work within your communities to fix this. 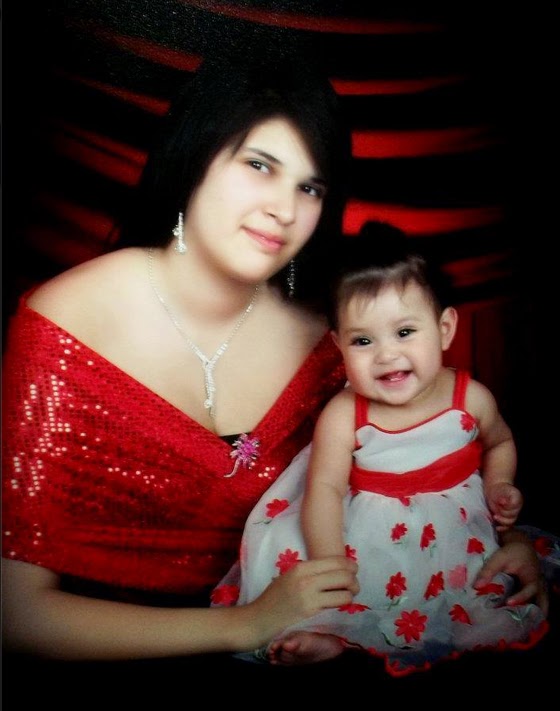 To break down the stigma that really needs breaking down, I asked SPL member Michelle Rodriguez to contribute her thoughts. Here's what she has to say:


When I conceived my oldest at fifteen, I had a very vague idea as to how I would be treated once my uterus expanded to reveal my secret. I had the notion that if I just reassured the skeptics that my future would be fine, they would take their negativity elsewhere. Some people however, were determined to convince me otherwise.

My parents didn't take the news lightly. One of the first things that they exclaimed was, "What will our friends and family think?!" Their disappointment shifted when they came up with the "solution." They said that no one should know of my pregnancy, and that I WILL have an abortion. "We'll pretend that nothing happened and go on with our lives," my mom said happily. I was shocked that they valued the family's reputation more than my daughter's life.

It's not just my parents that think that way. When I talk to abortion minded girls they often mention being afraid of the rejection, the stares, and the comments. If they're in a private school they fear getting expelled. If they are close with their friends they imagine getting isolated and forgotten. Nobody wants that, yet somehow society manages to justify the stigma by saying that it keeps teenage pregnancy down. This is a myth, considering the fact that the majority of these pregnancies are unplanned, often unwanted.

Last year the Bloomberg administration released an ineffective campaign where they used shame approaches as a strategy to reduce teenage pregnancy in NYC. The posters depicted minority children crying saying things like, "Honestly Mom, he won't stay with you. What happens to me?" and a texting game in which the protagonist (a pregnant teen) goes to prom just to get called a fat loser. What would a pregnant girl contemplating abortion think when she sees such ads? That she has nothing but misery and failure to look forward to? We need to build our girls up, not tear them down.

What pro-lifers and pro-aborts should be working together on is destigmatizing pregnancy.

...But advocates of abortion don't really care about women; they just care about abortion.

One has to wonder how we got to the point where becoming a mother is the worst that can happen to a woman.

I can think of so many worse things.

Women have been aborting unwanted pregnancies for thousands of years. What magical time when every pregnancy was looked forward to with joy were you thiblnking of?

Well I am assuming you want kids...

I can't think of many things worse then being forced into motherhood.

And they have been unhappily welcoming little guys and gals into the world:


if every pregnancy is unwanted at first, then why do women 1) purposely have lots of sex to get pregnant 2) pay 60k and more for IVF treatment?


Furthermore, if women loooove being pregnant so much, then why does anyone bother using contraception in the first place? And why does abortion even exist as a concept? explain that.

It's actually very generous toward women that they are allowed to abandon their baby if they don't want to raise it.

Men are allowed no such thing. And feminists have no compassion for their loss of freedom: they "shoulda kept it zipped", they say.

If there were any chance at all of you being treated the way these babies are treated, you'd change your mind.

I don't think much of people who are willing to inflict massive pain on someone else, but then howl about injustice at the idea of a much lesser pain being inflicted on themselves.

Since when are men not allowed to give a child up for adoption?

I don't think that simeone45 would care if she had been aborted. Because "she" did not exist back then.
Oh, and she isn't a narcissist who believes that the bodies of women are her property.

Maybe you should talk to the religious right wingers you've aligned yourself with, who denigrate single mothers constantly, as they work furiously to deny legal abortion, birth control access, and a safety net for poor women and children.

Working furiously to abolish abortion is pretty much what pro-lifers do. duh... Pro-lifers don't want women to be able to kill their unborn children for any reason under the sun. They want women to be able to get help so that they can make it through their pregnancy and either keep the baby (and get more help if needed) or put the baby up for adoption.
Surveys have shown that a majority of people (around 90%) think contraception is morally acceptable. It's likely that more think that companies shouldn't be forced to pay for it - especially ones that could kill an unborn child. But the claim that all pro-lifers want to ban access to birth control is total b s.
Also, many pro-lifers are PART OF the safety net you claim we want to deny. Many pro-lifers volunteer their time and donate money to places that help pregnant women and families that are struggling. Yes, some politicians want the exponential handouts of food stamps to stop, but stopping the exponential growth of a government program is way different than wanting to take a safety net away from those that really need it(some politicians think the exponential growth of these programs is doing more harm to the economy than good). And, no one is denigrating single mothers.

She'd probably care if someone came after her with instruments of death to punch a hole in her skull or rip her arms and legs off...

And a brain doesn't form until a trip down the birth canal? is that what you think, lol.

Fetuses are incapable of sentience until the 24th week. They lack it completely.

So, you'd be OK with killing a preemie born at 23 weeks?

lol.. change the criteria when you have no valid rebuttal...


Do you believe a woman who wants her child should be able to harm it before birth? e.g. acquire thalidomide and take it knowing it could cause her child to be born without arms and legs?

Well if there is no such thing as "true bodily autonomy" then I guess rape and slavery should be legal, yes?

No - because human beings should have a basic right to life, liberty and the pursuit of happiness. BUT - a rapist cannot rape because he thinks that makes him happy because it INFRINGES on another human beings right to happiness. Same with abortion - a woman's 'right to happiness' does not mean she can infringe on another innocent human being's right to life by killing it. The only exception would be if her life were truly endangered and she would die without an abortion (which is rare, because most of the time doctor's can induce to at least try to save the baby)

An unborn human has no right to life as long as it is infringing on a woman's body.

If that were the case, there would be no post-viability abortion laws, so there is no 'infringing' going on. You could use your 'lame' logic to say that a toddler who keeps it's mother awake at night is 'infringing' on her body and can be killed.

There are cases of women having abortions after 24 weeks simply because the unborn child is unwanted. Do you support that? Or are you saying that at 24 weeks if a woman wants an abortion she should have an induction instead and deliver a child that might be hurt by the early induction?


If, however, it is too dangerous to deliver, the fetus will be removed either through c-section or standard abortion. This is in cases of medical emergency, where the woman will die without removing the fetus.

so, you're saying that at 24 weeks if a woman wants an abortion and there is nothing wrong with her health (or a fatal fetal defect) she should have an induction instead and deliver a child that might be hurt by the early induction?

Offering counselling is one way to stop abortion - at least abortions at one clinic.

Wait... I forgot the conclusion "It leaves the desperate abortion-minded woman without anyone to offer her a way out, and reaffirms her belief that abortion is her only choice. "