The Abortion Religion: or, the baby isn't really dead

Last week, pro-life media outlets broke the story of a pro-abortion children's book entitled Sister Apple, Sister Pig. The lead character in the book is a little boy who is happy about the fact that his sister was aborted, because "If you kept my sister, you would be tired, and sad, and mad!"

The idea of indoctrinating a child to celebrate the death of a sibling is sick. But I'm more interested in how the author does it. Sister Apple, Sister Pig teaches children that aborted babies are "happy ghosts"—spiritual beings who may reside in inanimate objects or animals. The story is an excellent example of what I like to call the Abortion Religion.

My working definition of the Abortion Religion is:

A set of supernatural beliefs which justify abortion on the ground that the victim of an abortion isn't really dead.

Adherents to the Abortion Religion selectively borrow concepts from other faiths and twist them to suit their ideological purposes. Sister Apple, Sister Pig is derived from animism, a belief that "non-human entities (animals, plants, and inanimate objects or phenomena) possess a spiritual essence," common in many ancient and tribal religions. The baby isn't really dead; she's just become a spirit (or "ghost").

The Abortion Religion also takes the idea of reincarnation from Eastern religions, but divorces it from the corresponding ideas of karma and ahimsa (non-violence). So, for instance, when a 15-year-old girl who was raised to support abortion became pregnant, she aborted the baby and declared:

Did I feel sad? Yes. Do I regret it? No! Because I know that the spirit I named Mariah will go on to a woman who is ready for her.

The baby isn't really dead; she's just become a spirit named Mariah who will reincarnated as another woman's baby.

The Abortion Religion uses Christianity as well. Late-term abortionist Curtis Boyd, who was once a Baptist minister, prays over his victims, asking "that the spirit of this pregnancy returns to God with love and understanding." The baby isn't really dead; she's just been returned to God. 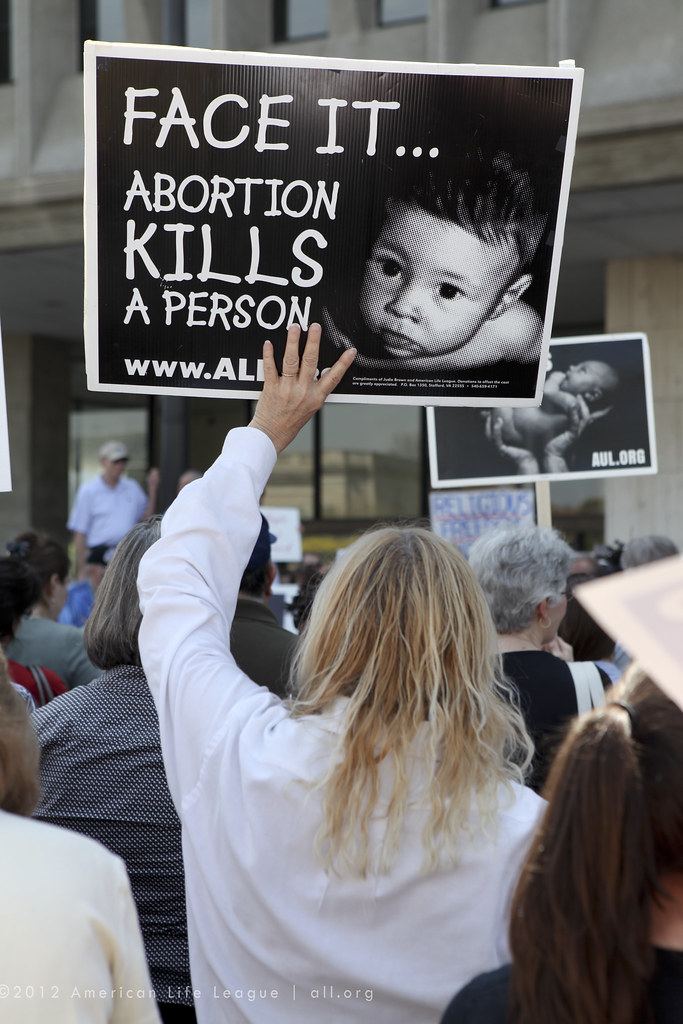 And so it falls upon me, as someone with no supernatural beliefs, to look like a jerk by pointing out the obvious: the baby is dead. Abortion killed her, and it was permanent.

If you regret an abortion and believe that you will be reunited with your aborted child in the afterlife, I hope that belief brings you comfort. Truly I do. I have no quarrel with peaceful religious people.

But the moment religious beliefs are used to justify violence toward a human being, I have a duty to speak up. And when abortion supporters blather on about pro-lifers "imposing their religion," while themselves ignoring basic scientific facts about preborn life and adhering to the Abortion Religion, you'd better believe I am going to call that out.
Posted by secularprolife.org at 7:31 AM