A Note on Human Dignity 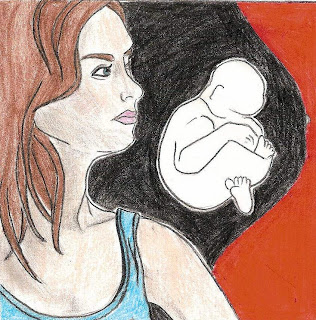 I came across a question over the internet. I'm not a user on Tumblr, but this came up on Google. Someone had asked this question: What's the main reason you think abortion is ok? The answer, which is indicated as the best one, is: "Because forcing someone to continue with a pregnancy against their will is awful and a violation to one's dignity."

That term "dignity" can be a loaded one. In modern parlance, it seems to have come to mean "getting to have my way at all times." If you force someone to do something against their will, or if you indicate that they are doing something immoral, you are treating them in an undignified way. But this goes against the traditional understanding of moral duties. We have moral obligations. The reasons we call them obligations is because they are not usually chosen, and to avoid them is to do something immoral. We also have obligations to each other, which is another sore spot today. But it's true. I have a responsibility not to lead others astray. This goes for when I write and teach, and in my interactions with other people. We are social creatures. This is not just because I need human interaction to be happy, it also means that your welfare is my business. I won't force you tell me when something is bothering you, but if I have the means to help and don't sincerely offer, I am surely doing something wrong.

We have obligations and duties. This is because we are rational agents. We can recognize right from wrong and act accordingly. We also have a human nature. This means that to do what goes against our human nature is undignified. Slavery is wrong not just because people have a natural right to freedom, it's also because to treat them as no better than animals is undignified. We must never treat another human being as merely a means to an end because humans are intrinsically valuable, an end unto themselves.

So what does this mean for the abortion discussion? It means that to force a woman to continue a pregnancy is not undignified. In fact, just the opposite. Abortion, because it is human nature to reproduce and to carry the child inside the mother for nine months, and because parents have natural obligations to their offspring that are not chosen (despite what Thomson argues), is an undignified response to a difficult life circumstance. And by the same token, we should be willing to help women in these difficult circumstances, if we have the means to do so. We have to remember that there are two human beings here. It can't be seen as dignified to have an abortion when the abortion not only kills an innocent human being, but also undignifies them by treating them as a means to an end, themselves.

It's important to have a good grasp on what human dignity is. It's also important not to use it for an immoral purpose, to argue that we can use one subset of humanity's population anyway we want to. We are not animals. We're better than that.
Posted by Clinton Wilcox at 10:03 AM