I don't know how to feel about stories like this:


Fay Murrish was 20 weeks pregnant with her third baby when she and husband, Micheal, were given heartbreaking news. Their baby girl, Chanel, was diagnosed with hypoplastic left heart syndrome, which meant only half of her heart was actually beating. Doctors gave her very little chance of being born alive, and advised the couple to end Chanel’s life through abortion. But then, Chanel sent them a message in the form of a thumbs-up in an ultrasound image.

Fay Murrish told the Mirror: “I know she wanted to live because she was giving me a huge thumbs-up at her scan. It was like she was telling us everything would be OK.” 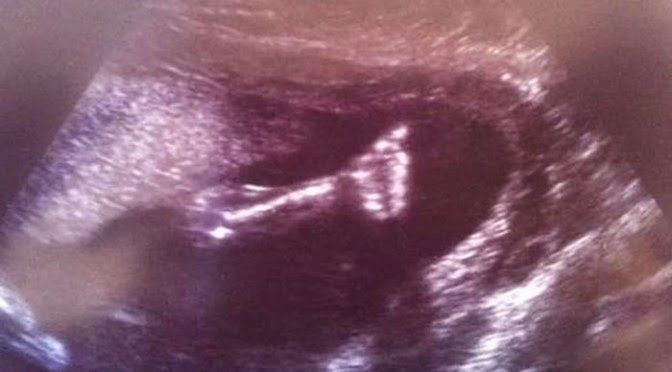 After emergency heart surgery just seven days after her birth, baby Chanel is in fact OK for now. She will likely need a heart transplant when she gets older.

Don't get me wrong: I'm thrilled that Chanel's parents chose life. I'm just bothered by the reason why. The thumbs-up obviously wasn't a message. Unborn babies, like newborns, do not know what the thumbs-up sign means. They just love to squirm and flex their muscles in every possible random way because it's important to the development of their motor skills.

In fairness to Fay Murrish, this may be a case of the media simplifying her statements. (Reporters have been known to do that.) But if you've been in the abortion debate for any length of time, you know that stories abound of people choosing life because of some "sign"—from the baby, from God, or from the universe.*


* I've also read at least one parallel story from the other side, in which an ambivalent pregnant woman sought a sign and chose abortion after coming across pro-choice graffiti. Unfortunately, that was a long time ago and Google is no help in finding it. If you know what I'm talking about and where it is, please post a link in the comments.
Posted by secularprolife.org at 7:12 AM