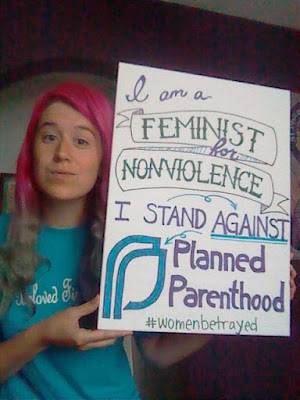 Poll results are easily manipulated by the wording of the question. USA Today gives a perfect example:

In the poll, 46% agreed with the statement: "Heated political rhetoric about Planned Parenthood and abortion bear some of the responsibility for what happened" in the [Colorado Springs] shooting.

In contrast, 36% agreed with the statement: "The event was a random act of violence and not connected to politics."

The rest were undecided.

This is a textbook example of a false dichotomy.

The idea that the shooting was "not connected to politics" is ridiculous. Of course it was. It just doesn't follow that people who talk about those politics "bear some of the responsibility for what happened."

Here are a few of the plausible options not set forth in USA Today's poll:

The same USA Today article also claims that a majority of Americans oppose defunding Planned Parenthood, but doesn't mention the wording of that poll question. In light of the number of people who have been wrongly told that "defunding Planned Parenthood" means taking money out of the women's health budget—when in reality, the proposed legislation doesn't take away a dime from women's health (other providers get the money)—I'm willing to bet that number is inflated too. In fact, a recent poll making exactly that distinction found that a majority supported "shifting Planned Parenthood federal funds to community clinics that perform the same services, but do not perform abortions."