Abortion is not the price of my success. #NoReliance 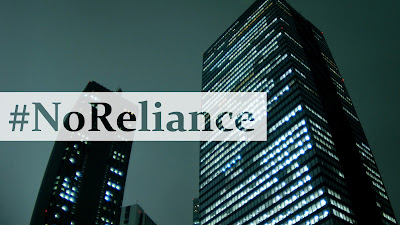 I am a female attorney. And let me be abundantly clear: that status did not require me to kill anyone, and nor did I ever rely on theoretically being able to kill anyone.

I feel the need to say this because the Center for Reproductive Rights recently submitted an amicus brief to the Supreme Court, signed by 113 female attorneys,* arguing that abortion is necessary for women to succeed in the legal profession. It's an illustration of a legal doctrine invented by Justice Kennedy known as the "reliance interest"—the idea that it's too late to reverse the mistake of Roe because women have come to rely on abortion.

To see my life and career, and those of my peaceful female colleagues, twisted in this way is a punch in the gut.

The brief is summarized at Slate, which interviewed its lead authors, Allan Arffa and Alexia Korberg:

Korberg: The Casey court said that a necessary part of the legal analysis wasn’t just the right itself, but the reliance upon that right over decades, and the generation of women who have come of age in a country in which they did have the legal right to an abortion. We wanted to show the consequences of that reliance: that the nation is so much better, stronger, and richer because more women are in the workforce and politics and the arts. The law is a finer profession because women are a part of it. It was profound hearing again and again from these women that they would not have been able to practice law had they been denied access to abortion.

The idea that I have to be able to kill my child to participate in the economic and social life of the country...

The dismissal of contraception, adoption, or any other alternative, non-violent options...

The idea that women would not be part of the legal profession without abortion...

The idea that mothers cannot be part of the workforce, politics, or the arts...

It all has me absolutely fuming. Without acknowledging the humanity of the preborn child, what they are actually talking about here is human sacrifice: dead babies are the price to pay for women's equality. This is misogynistic crap disguised as a legal brief.

They only got 113 signers. We can do better. Ladies of America, if you have achieved professional success without killing anybody, join our Tweetfest this afternoon at 3:00 p.m. EST using the hashtag #NoReliance. Let's make it trend. Let's show the world that women deserve better than abortion.


*The brief was inspired by past pro-life submissions to the Court in other cases, representing more than two thousand women who regret aborting their children.
Posted by secularprolife.org at 7:44 AM