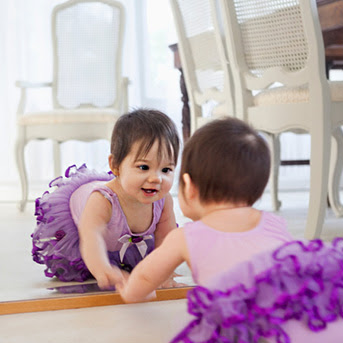 [Today's post is co-authored by SPL president Kelsey Hazzard and guest writer Acyutananda as part of our paid blogging program.]

Most abortion advocates concede that killing a person is normally wrong, but contend that unborn humans are not persons. Typically they point to the embryo’s lack of present consciousness. But some such advocates apparently realized that relying on traits like consciousness in the moment or self-awareness in the moment to establish personhood inadvertently makes non-persons of certain populations outside the womb, such as people in a coma. In an attempt to fix this problem, they have argued that what’s wrong with killing is that it frustrates a desire, on the part of the victim, to live—or at least a desire to live that the victim once had in their life.

For instance, a commenter on this blog previously wrote:


A fetus doesn't care now nor has it cared in the past. Killing it now has zero consequences to the past and current fetus. You will not have betrayed its past or current desires. Very different from a born person in a coma or asleep.

Similarly, pro-choice philosopher Peter Singer would grant a right to life only to those who have developed a capacity to care, or in his formulation, to “hold preferences.”

Of all the possible beliefs to hold about why killing is wrong, belief or disbelief in the "frustrates a desire to live" view is among the most consequential for the abortion debate—because okay, it’s true, embryos haven’t yet started to care about their future, and probably won’t for some years. If this is the main reason that killing is wrong, then it’s open season on the unborn.

Certainly it’s true that frustrating someone’s desire to live (absent a compelling reason like self-defense) would be wrong. We are rightly horrified when someone is not only killed, but has time during the killing process to realize it. But to us it seems clear that the desire to live is most significant as a measure of the expected value of one’s future life itself, and that the usually-brief experience of realizing that one’s desire to live is being frustrated—that is, the “This guy is killing me!” experience—though horrible, pales in comparison to the loss of that which was desired: one’s future life itself. The horrific realization experience is the only harm that we can see in the frustration of a desire for one’s future life, as distinct from the loss of that future life. If one is killed by a sudden blow from behind, even that unpleasant experience will never transpire at all.

However, to proponents of this rationalization of abortion, frustrating a desire to live, in and of itself, is somehow wrong even if the organism never becomes aware that its desire is being frustrated (and therefore the frustration does not involve any suffering for it)—though not, of course, wrong because it deprives the organism of its future life. They say that killing an adult person in a coma is wrong, or at least more wrong than killing an embryo, simply because doing so frustrates the desire to live that the person once had, before going into the coma hours or years ago. It seems to us that they have elevated desire (in and of itself) to an unusual status.