Poll: Who are the pro-lifers? 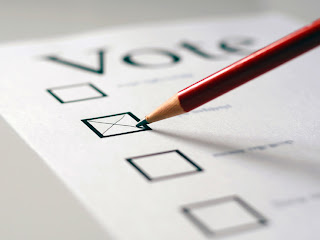 Lucas is a business owner who offers paid maternity leave. He also writes letters protesting abortion to his political representatives and local newspapers whenever the opportunity comes up.

Elizabeth is a stay-at-home mom who thinks abortion is wrong. She does what she can to help women not feel they need it; for example, when her young neighbor accidentally got pregnant, Elizabeth offered to babysit for free while the girl goes to classes during the week. However, Elizabeth doesn’t think we should outlaw abortion because she’s worried that will just make abortion more dangerous, not more rare.

Christine thinks abortion is wrong and should be illegal. She goes on marches and joins protests. She’s done a lot of work gathering signatures for a ballot initiative in her state to outlaw abortion after 20 weeks. As far as the social end of things, she doesn’t think it’s everyone else’s job to save women from their own reckless choices.

Mike thinks pregnancy shouldn’t be so socially and financially difficult for women, and he’ll say so if it gets brought up. He doesn’t really have time to help out beyond that, though, and he definitely doesn’t think abortion is wrong, much less that it should be outlawed.

Jen works to get lactation rooms, diaper decks, and other parent-friendly resources on her college campus. She thinks it should be easier for mothers (and parents in general) to access education. She thinks abortion should be illegal, but she never quite gets around to voting on the subject.

Elena volunteers with a local battered women’s shelter. She also does a lot of work in her community to make sure low-income pregnant women have access to prenatal and postpartum care. However, if one of the women she serves decides abortion is the right choice for her, Elena supports that choice.

Anthony thinks abortion is a horrible act that kills a child, but he’s also seen women he knows go through hell because of crisis pregnancies. He doesn’t think it’s his place to take the choice away, so he doesn’t get involved.

David doesn’t consider himself a political person. If asked, he’s say that yeah, abortion does seem wrong, and it probably should be more illegal than it is now. But he doesn’t know a lot about it and no one in his life ever brings it up anyway.

(Update: you can see the poll results here.)

Who are the pro-lifers?