I really want to like MTV's "If Famous Movie Romances Were Feminist" video:

Unpopular opinion: I've always had a deep-seated hatred for Grease, not only because of the "did she put up a fight" line this sketch takes issue with, but also because of the royally screwed up message you get from the movie's conclusion. Namely, that if a young woman wants to get a young man's attention, she should just change her entire personality and appearance to match his preferences.

And also the music is not that great. Just sayin'.

But of course MTV had to ruin it by deeming Knocked Up "un-feminist," and their "feminist" version involves taking the life of a preborn child:


Woman: So, I have something I really need to tell you, and it's kind of why I called you. Here goes. I'm pregnant, and I'm having an abortion.

Man: I think that is a great idea. So should we skip the rest of the movie?

I took a look at the YouTube comments for this video and was very pleasantly surprised to see two brave pro-choicers call out the maker of the video for being pro-abortion rather than pro-choice. Unfortunately, the rank-and-file objectors are out-powered here. The maker of the video is Laci Green—who just happens to be an official spokeswoman for Planned Parenthood. 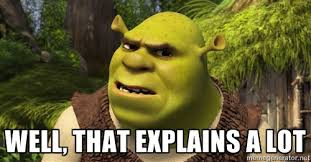 The Huffington Post made this pro-abortion boondoggle even worse by running it under the headline Here's What Rom Coms Would Look Like If They Treated Women Like Humans, and highlighting the Knocked Up remake as the best part. Apparently women who don't abort their unplanned children are something less than human and should not be depicted in film.

But we're the anti-woman ones, somehow.