A survey of infanticide after attemped abortion 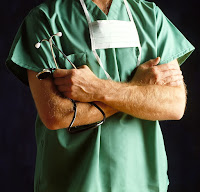 In June 2015, the European Centre for Law and Justice released a report that compiled first-hand accounts of babies born alive after abortions who were then killed by doctors. The report, which can be found in its entirety here, has a number of stories from European doctors, midwives, and medical students.

One of the doctors who was quoted is identified only by the initials X.B. He gives two troubling accounts of things he witnessed during his internship. The hospital he interned at performed abortions by induction. This type of abortion is usually done by poisoning the baby inside the womb and then inducing labor. The woman, in effect, “gives birth” to what is supposed to be a dead child.


It’s been over 10 years but these are scenes that we do not forget. In a multidisciplinary meeting in “video-conference” between the main Hospital and different obstetrical services of peripheral hospitals, I saw the geneticist of the Hospital make very sharp and scathing reproaches to an obstetrician in a peripheral hospital. The latter had not been able to obtain histological diagnosis on the brain of a fetus after an abortion on medical grounds in the 3rd trimester because the expulsion was too long and the brain tissue was not histologically interpretable. The geneticist had entered a kind of fury, asking how often he should say that we should not commit feticides in utero, but to kill the baby after it was born (those are of course not the words that were used, but I do not remember the euphemism).

It seems that this geneticist wanted doctors to kill infants born after abortions as a general practice, in order to make his post-mortem examinations easier. Ultimately, it doesn’t really matter if a third trimester baby is killed inside or outside of the womb; the baby is dead regardless. But the geneticist’s view is alarming in its callousness. It takes a certain kind of person to champion killing a fully born, kicking, crying baby.


At the end of my internship of three months, during the validation, I was invited by the clinician who looked after me to give my impressions about the internship. I then said that despite all the wonderful things that can be seen in a maternity hospital, I was shocked by some things I had seen, especially feticide. She then told me that it was true that it was sometimes difficult. And I again see this young woman gaze into space, saying: “It is true that sometimes there’s a little murder among friends” (these are the words that she said). She then tells me a case where the baby had time to scream before being hastily brought into the next room. These cases are not uncommon, and are dramatic because the mother hears her child, and the moment she realizes that he is alive, the child is being killed. But in the case told by the head of my clinic, what made her uncomfortable is that three doctors (an anesthesiologist, an obstetrician and a pediatrician) took an hour to kill a newborn. Because as it was alive, the child struggled vigorously and they could not give him the lethal injection. Unfortunately I have many friends who could bring you more stories, some may be direct witnesses.

Although the doctor did not witness the killing of the baby himself, there doesn’t seem to be any reason why the clinician would concoct such a story. It’s hard to estimate exactly how many times “not uncommon” means, but it is clear that babies were being born alive after attempted abortions, then murdered, on a semi-regular basis at this hospital.

One can only wonder about the emotional state of a woman who hears her baby cry after delivering him in an abortion procedure. The cries of her murdered baby could haunt that woman for the rest of her life.

The account does not say how far along the pregnancy was or how old the baby was when he or she was born. Could the baby have survived if doctors wanted to save him/her and gave him/her medical care instead of a lethal injection? The fact that the child survived for a whole hour while doctors tried to kill him seems to indicate that the baby was healthy and may have survived, although there is no way to tell.

It is horrible and tragic that babies who survive abortion are being killed outside the womb. Sadly, this also takes place in the United States. There have been numerous first-hand accounts by American doctors, nurses, and clinic workers of babies born alive in this country.

Posted by secularprolife.org at 7:15 AM