"Pro-choice" is NOT morally neutral 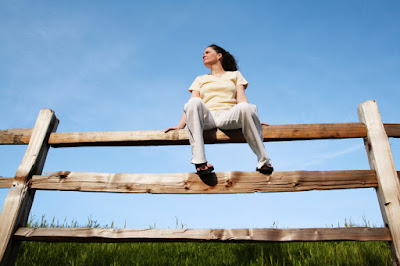 A common self-perception that I have noticed among the pro-choice crowd is one of moral neutrality. Many see their position not as one which condones abortion, but as one which simply chooses not to answer the question of whether abortion is right or wrong. Some may even say “Well, personally I would never get an abortion (or encourage my partner to get an abortion), but I support a woman’s right to choose.”

They think that by removing themselves from the “choice,” they are removing themselves from the moral responsibility. Let’s test this approach with other laws. “Personally I wouldn’t rape anyone but I support a man’s right to choose” and “Personally I wouldn’t rob someone’s home, but I support a person’s right to choose” are clearly not morally neutral positions to take. It is, in fact, immoral to support someone’s right to choose an action that harms someone else. So, why the exception for abortion?

What initially appears to be mere hypocrisy reveals itself, upon further examination, to be an indication of the speaker’s true position. To see “pro-choice” as a morally neutral stance is to deny the personhood of the fetus, plain and simple. This stance implies that the fetus’ life is not worth the same level of protection and justice under the law as is afforded anyone else’s life. It is, essentially, to paint abortion as a victimless crime.

This inaccurate portrayal of the pro-choice position may be a thoughtless mistake for some, but it is a useful strategy for others. Framing pro-choice as the morally neutral, intellectually detached, “reasonable” position serves an important purpose—to paint the pro-life stance as fanatical, irrational, and extreme. We must fight this perception fiercely, as this is one of the main reasons why many people are turned off by the term “pro-life” and are shocked to learn that there are groups and individuals within the pro-life movement that are secular, feminist, and even sex-positive.

The next time you hear someone shrug their shoulders and say “It’s up to the woman. Who am I to decide?”, ask them if they think abortion is a victimless crime. Implore them to consider the life and perspective of the fetus. Explain to them that abortion is not an issue where one can comfortably sit on the fence, deaf to the scientific facts and blind to considerations of morality, ethics, and justice. This conversation will, at the very least, get them to glance over to our side of the fence, and, perhaps, start to lean in and wobble, losing poise on a previously sturdy point…