The clarity of the pro-life position 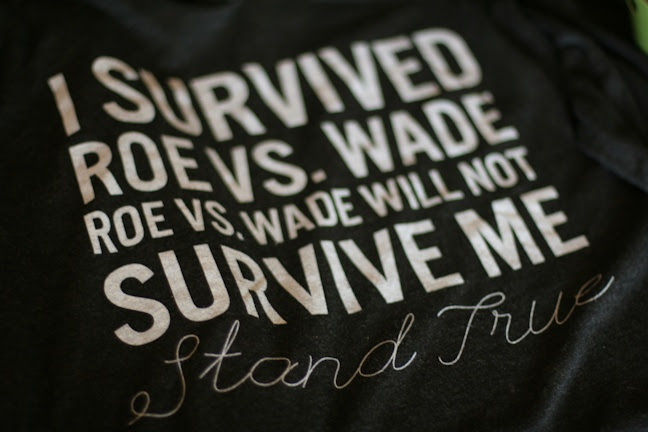 [Today's guest post by Lucy Watson is part of our paid blogging program.]

Read the following statements. There'll be a pop quiz afterward:
“I think it’s safe to say that the entire abortion industry is based on a lie.”
“I'm dedicated to spreading the truth about preserving the dignity of all human life.”
“We live in a society today where these children can be wanted children. Even if you don't want to keep this child after you've had it, there are plenty of young couples out there who want children.”

Who made these statements? (This is a secular pro-life blog. Stick with me for a minute.)
A. Michelle Bachmann
B. Phyllis Schlafly
C. Mother Teresa

The answer is ... none of the above. I know -- that wasn't one of the choices. If it had been, you'd have figured it out immediately, and what fun would that be? The correct answer is Norma McCorvey. You may know her better as Jane. Jane Roe. As in Roe v. Wade. The plaintiff in this landmark case died last Saturday at the age of 69.

Norma led a rough life marred by abandonment (her father), alcoholism (her mother and herself), physical and sexual abuse (family members and her husband), and run-ins with the law. The child whom she sought to abort when lawyers Linda Coffee and Sarah Weddington were looking for a test case to challenge Texas's anti-abortion law was actually her 3rd child; she had already given birth to 2, one of whom she raised and the other whom she placed for adoption. Roe v. Wade took 3 years to reach the Supreme Court, during which time Norma did not have an abortion but instead gave birth to her 3rd child and placed her for adoption. After that, Norma spent 20 years working at an abortion clinic. And then "Jane Roe" changed her mind about abortion. Here's what happened when she saw a poster depicting the stages of fetal development:


The progression was so obvious; the eyes were so sweet. It hurt my heart just looking at them. I ran outside and finally it dawned on me. 'Norma,' I said to myself, 'They're right.' I'd worked with pregnant women for years. I'd been through 3 pregnancies and deliveries myself. I should've known. Yet something in that poster made me lose my breath. I kept seeing the picture of that tiny 10-week-old embryo, and I said to myself, 'That's a baby!' It's as if blinders just fell off my eyes and I suddenly understood the truth - 'That's a baby!' I felt crushed under the truth of this realization. I had to face up to the awful reality. Abortion wasn't about 'products of conception.' It wasn't about 'missed periods.' It was about children being killed in their mother's wombs. All those years I was wrong. Signing that affidavit [in Roe], I was wrong. Working in an abortion clinic, I was wrong. No more of this 1st trimester, 2nd trimester, 3rd trimester stuff. Abortion, at any point, was wrong. It was so clear. Painfully clear.

The truth changes minds, hearts, lives. Pro-life advocate Dr. Alveda King (niece of Martin Luther King, Jr.), who had 2 abortions and attempted a 3rd, knows this. Former abortionists Drs. Anthony Levatino and Yvonne Moore know it. Former abortion clinic workers Carol Everett and Abby Johnson know it. The late judge Robert Bork knew it (he initially opposed Roe on legal grounds; his later opposition was on the basis of research on fetal pain).The late Dr. Bernard Nathanson -- "the abortion doctor who changed his mind" -- knew it. And Norma McCorvey, once at the center of it all, finally knew it, too.

Where are those who converted the other way? Where are those who believed in the inalienable right to life and the humanity of the unborn but then decided it really was just a "mass of dependent protoplasm," after all? Where are those who decided someone had it backwards? -- that it was really a choice, not a child? Is it even possible to un-believe that the unborn deserve protection and have a right to live? There are politicians who have changed their position on abortion, going from pro-life to pro-choice-to-abort. But politicians being, well, political, one never knows if their previous pro-life stance was authentic, if their current pro-choice stance is the real deal, or if in fact they have any conviction at all about it.

The people who converted from pro-choice to pro-life are not muzzled by any such ambiguity. They know what is true and real and right -- because, in the words of Norma McCorvey, it is so clear.