Your Stories: Unwed Pregnancy and the Church 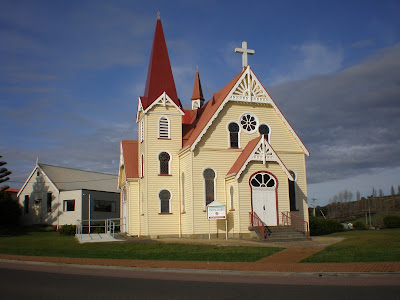 On Monday, Secular Pro-Life published an article about Maddi Runkles, a high school senior whose private Christian school has banned her from her graduation ceremony because she is pregnant. We joined a chorus of pro-life organizations, led by Students for Life of America, condemning the school's action and pointing out that penalizing women for being pregnant is a surefire way to encourage abortions.

Maddi's story generated a lot of social media attention and discussions within the pro-life community, and our article was no exception. Numerous current and former Christians took to our facebook page to share stories from their schools and churches. While far from being a comprehensive scientific survey, these comments do offer up an interesting qualitative picture. Here's what you had to say:

Holly M.—My mother went to Catholic school and was forced to drop out of her high school when she got pregnant with my brother at 16. She was punished. She had to get her GED and did not get to graduate with her class at the school she went to her whole life. I went to that same Catholic school. They have since changed that rule and don't force pregnant teens to drop out but the fact that they once did and they did it to my mother is very upsetting to me. It IS definitely making abortion an incentive by "punishing" pregnant young girls like that.

Christi R.—I am a Christian. This is an issue that does need to be addressed in the Christian community. I teach my children abstinence only, but still inform them of birth control. Abstinence is the only way to avoid pregnancy, but if they make poor choices they need to know what protection there is to prevent pregnancy even if the protection isn't 100%. In many Christian communities, the idea is of you teach options you are encouraging options. Sex is still a sensitive subject that is avoided and left to parents. Meanwhile, the Christian schools have an abstinence only stance. If you have a prominent student who has obviously broken that rule, it is a hard decision on how to handle it in the fact broken rules cannot be rewarded. If they appear to sanction the behavior of premarital sex, they risk losing families who send their children to these schools in hopes of surrounding them with like-minded families. It can be destructive to a school's population. I don't support the actions they chose, but I can understand it was a difficult one.

Kali F.—I walked pregnant at graduation (at a public school). The gowns are so loose that you couldn't tell I was pregnant, even though I was about 6 or 7 months. This isn't about what the other students would think; they just want to punish her for going against their morals.

Barbara S.—I went to a Catholic university and I remember a couple of pregnant students; a girl used to bring her baby to class sometimes, another spoke in class about initially wanting an abortion and then changing her mind... nobody judged them or anything.

Tiffany M.—My parents got pregnant with me while attending Bob Jones University. You can imagine the chaos that ensued.

SheriLynn H.—A classmate of my son's graduated with him yesterday from a Catholic high school in the most conservative diocese in the US, cap, gown, shook the bishop's hand, etc., and she is about 6 months pregnant. Another graduate had a 10-month-old baby in the audience. I am happy that pro-life really means pro-life around here.

Kaitlyn V. (in reply to SheriLynn)—I knew we must be from the same area when I read "most conservative diocese in the US"! And I was right :-) My high school treated a similar situation very differently when I attended. Just makes me happy to hear that another local Catholic school is focusing on what truly matters.

Nicole P.—A lot of churches need a heavy dose of grace. Before I joined my church I asked about their pro life views. They said when there were pregnant teens they embraced them & gave them showers just like they would married women.

Abigail G.—My sister was not allowed to attend our church's senior banquet because she was pregnant. I was enraged at the way they treated us (I say "us" because I had a child outside of marriage, and I could sense the judgment from some of the other church goers).

Email ThisBlogThis!Share to TwitterShare to FacebookShare to Pinterest
Labels: her story, religion, teen pregnancy, we asked you answered