Whatever happened to PASS? 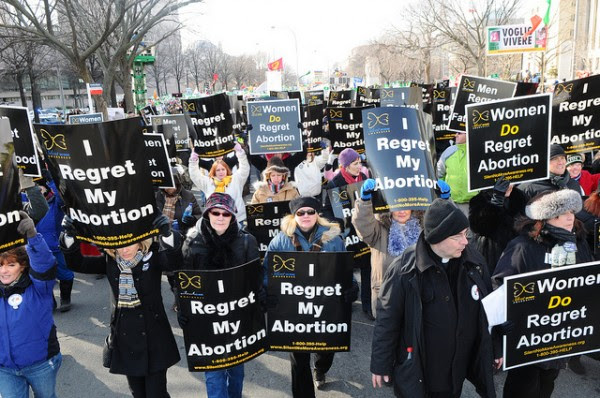 When I first got involved in the pro-life movement as a college student about ten years ago, I heard a lot about PASS: Post-Abortion Stress Syndrome (or sometimes PAS, for Post Abortion Syndrome). I've noticed that discussion of PASS has faded away in recent years. There are still plenty of active post-abortion groups out there, but the terminology has changed; they generally emphasize regret, grief, and healing rather than a syndrome.

I think this change in language is for the best, for two reasons.

PASS and the DSM
I am not a psychologist, but I did receive my bachelor's degree in psychology and know the basics, so bear with me. Psychological disorders are defined by the Diagnostic and Statistical Manual, or DSM. (The DSM is typically referred to by its edition, such as the current DSM-5, but since the time period I'm talking about involves multiple editions, I'm just going to say DSM.)

Importantly, DSM classifications are symptom-based. A patient presents with symptoms, which a psychologist or psychiatrist checks against possible conditions in the DSM. For example, the DSM will offer a list of ten symptoms and state that if seven out of the ten symptoms have been present for more than X amount of time, then the patient has Condition Y. It's not perfect—what possible catalog of the human mind and emotions could be?—but this standardization is well-suited for a clinical setting, where symptoms and their treatment are the central concern.

Contrast that with PASS, which is cause-based. One woman with PASS might present with PTSD-like symptoms, such as nightmares or panicked reactions to seeing babies. Another might present with clinical or subclinical depression. Still another might have symptoms consistent with generalized anxiety disorder. The only thing they have in common is the cause of their symptoms: abortion.

Since PASS is cause-based and the DSM is symptom-based, PASS was never going to make it into the DSM. This created an opening for abortion supporters to declare that PASS didn't really exist; it was just a fake disease made up by those unscientific anti-choice loons! Of course, the logical fallacy is easy enough to spot. Just because something isn't in the DSM (which has a narrow, clinical purpose) doesn't mean people don't experience it, and you must not have a high view of women's intelligence or honesty if you believe that tens of thousands of women created and joined support groups for a non-existent phenomenon. But with the help of the media, the "PASS is fake" narrative caught on and the damage was done.

PASS and Pathology
The second reason I'm glad to see PASS go is that it pathologized women who should not be pathologized. Outside the womb, if a parent kills their child (whether deliberately or accidentally), grief is a common, normal, healthy reaction. Abortion kills a child too, so shouldn't negative reactions to abortion be considered normal?

Calling post-abortion grief a "syndrome" suggests that psychologically healthy women wouldn't experience it. From a pro-life perspective, that's totally backwards. If anything, I worry about the psychological health of women who celebrate their abortions.

Post-abortive healing is incredibly important, and I admire the work of organization like Abortion Changes You that help mothers through that process. I'm hopeful that abandoning the language of PASS for a more holistic view will allow the pro-life movement to reach many more post-abortive mothers in the years to come.

Email ThisBlogThis!Share to TwitterShare to FacebookShare to Pinterest
Labels: post-abortion