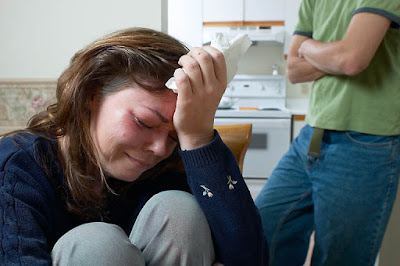 The pro-choice crowd has made great strides in their cause by framing their advocacy for legal abortion as synonymous with feminism or women’s rights. The wool has been pulled over our eyes so tightly that we forget the inherent absurdity in the claim that women require the ability to legally murder their own children in order to somehow achieve freedom or fulfillment in life. In fact, 46% of women describe themselves as pro-life, according to Gallup. Cases like that of supposedly pro-life Congressman Tim Murphy, who recently submitted a letter of resignation after it was revealed that he asked his mistress to have an abortion after a pregnancy scare, remind us all that abortion is a violent act that is often imposed on women by men who seek to control them.

Despite condemnation of Murphy from pro-life organizations (including Secular Pro-Life), pro-choicers are salivating at the chance to use this story to paint all pro-lifers as hypocritical opportunists. However, we must take the initiative to use Congressman Murphy’s despicable behavior as an illustration of the true reality of abortion and its relation to women’s rights and women’s independence. In terms of the numbers, it is extremely difficult to find unbiased statistics on coerced abortion, since most “unbiased” organizations refuse to even touch the subject. To be prudent, let’s look at what the pro-abortion Guttmacher Institute has to say. In a 2012 study, the Institute found that 7% of women who had abortions—84,000 women—experienced physical or sexual abuse by the baby’s father in the year preceding her abortion, with the study concluding that “Women with abusive partners are substantially over-represented among abortion patients.” The pro-life Elliot Institute paints an even starker picture. According to their research, 64% of women reported feeling pressure to abort their babies.

Many of these women, who may be victims of abuse or incest, genuinely fear for their lives as they face threats of violence and murder from boyfriends, rapists, or family members. According to a 2010 Guttmacher study, 70% of women who experienced intimate partner violence had partners who exerted “reproductive control”—the act of forcibly impregnating a woman, forcing her to get an abortion, or both.

Sadly, the very real issue of forced or coerced abortion has been ignored by everyday citizens and elected officials alike who claim that this is a made-up issue by pro-lifers to mischaracterize the nature of abortion. But if the Guttmacher Institute admits this is a problem, why isn’t it being taken seriously by people who purport to care about women? According to USA Today, in a 2005 study, Guttmacher reported that 14% of women who had abortions stated that they did it because their “husband or partner wants me to have an abortion.” If abortion is inherently about women’s rights, why are women making the “choice” to abort on behalf of their male partners?

The fact is, coerced abortion and abortion made on the request or behalf of a male partner is the dirty little secret of the abortion and “pro-choice” industries—who don’t want you to know that the decision to abort may not be the “woman’s choice” after all. It ruins their feminist narrative completely. This is why we must take every opportunity to raise our voices about coerced abortion—both for the women who are affected by this abuse and for the unborn children who suffer the gravest consequence.