Millions will die without abortion? Nope. Here's why.

Ever heard a fishing story? I’ve heard a few, and I’ve noticed something: the fish usually grows every time the story is told.

Of course, escaped fish aren’t the only things that constantly get bigger—so does the number of women predicted to die if abortion is outlawed. Estimates can climb to hundreds of thousands or even millions, and I’ve heard abortion advocates vouch for those figures. 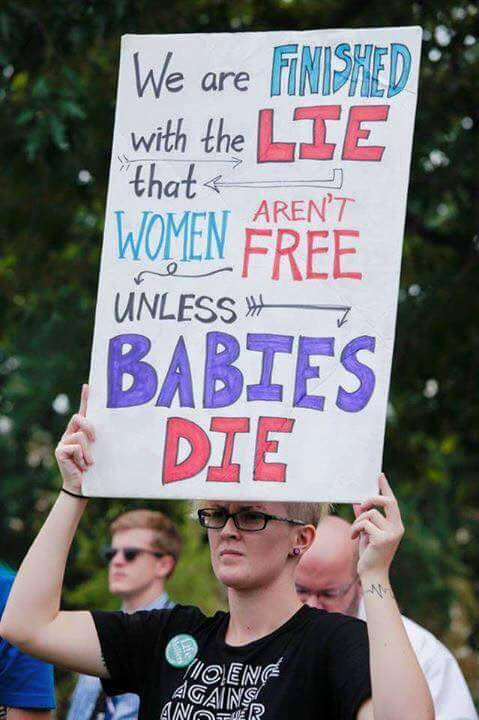 CDC records show that in 1972 (the year before Roe v. Wade was decided), 39 women died from illegal abortions; another 24 died from legal ones. Given this, it seems unlikely that America’s maternal mortality rate would skyrocket following an abortion ban.

Poland isn’t the only country that bans abortion and does better on maternal mortality than the US—Ireland, Malta, Poland, Saudi Arabia, the UAE, and Lebanon do as well. Nor is it the only country to see its rate improve after restricting abortion; Chile’s continued to drop after pro-life legislation was implemented.

Abortion is a great money saver; after all, child support gets expensive. That’s why some men grow accustomed to aborting their responsibilities, and they don’t always react well when a woman won’t cooperate.

Blackmail and financial coercion are common hazards, but they aren’t the only ones. Candace Pickens’ family discovered that after the 23-year-old was shot to death for refusing to abort (her 3-year-old son was wounded as well). Other women have faced stabbing, suffocation, explosions, and blunt force trauma for the same reason, helping to illustrate why homicide is now a bigger threat to pregnant women than hemorrhaging. Not that America’s largest abortion chain is helping to reduce it, as Planned Parenthood has opposed laws to protect women from violence and pressure.

But that’s not the only danger the abortion industry poses, as a study published in the British Medical Journal found abortion is associated with an elevated risk of suicide.

I’ll concede that there probably are things that the abortion industry is concerned about; the women and girls it profits from just aren’t among them.

It's true that an unexpected baby can bring serious challenges, and pro-lifers want to address them. That includes providing emotional and material support, helping you get health care, and offering the option of adoption.

What isn’t serious? The claim that millions of women will die without abortion.